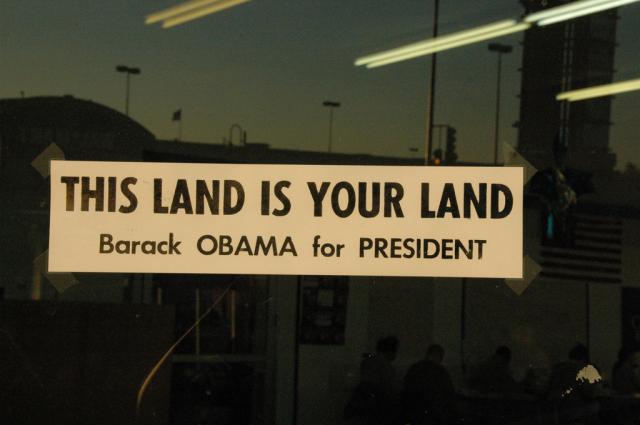 After two rough and tumble years on the stump, bruising primaries, and a nasty general election campaign, in three days America will finally make its choice: The experienced, elder statesman with a maverick edge who acts on instinct or the thoughtful and eloquent but relative newcomer who dared the nation to share his audacity of hope for change. Who will it be?

David Bositis, senior research analyst at the Joint Center for Political and Economic Studies, does not fancy himself a betting man. He spends his days examining facts and figures. Still, he’s more than willing to place a serious wager that Democratic presidential candidate Sen. Barack Obama will be voted into the White House on Tuesday and carry several new members of the House and Senate on his coattails to boot. “People are afraid and mad and hateful about the economy and they’re going to take it out on the Republicans,â€ he predicts. “That’s what’s going to drive their vote.â€ Bositis thinks Obama will win by a margin of 52% to 45%.

Larry Berman, a political scientist at the University of California, Davis, is a betting man, and he’s betting that early voting and historic turnouts on Election Day will earn Obama somewhere between 330 and 350 Electoral College votes. Republican Sen. John McCain, he adds, may be exuding eternal optimism–what choice does he have–but the Republican has to be frustrated that none of the charges he’s thrown Obama’s way have stuck. “In these last few days, he’s hoping against hope that some people will change their minds. If Obama’s not a socialist, maybe he’s a communist; if he’s not a communist, maybe he’s hanging around with terrorists. He’s trying to find something that will work, but nothing’s working because Obama’s got the winning strategy.â€

During the candidates’ final full week on the campaign trail, the polls have tightened, however, giving Republican Sen. John McCain at least some reason to hope that he might actually pull off a Harry Truman-type upset. “I would say the one thing that’s clear is that we’ve established some momentum. We’re increased our gains in virtually every one of the battleground states throughout the course of the weeks,â€ McCain campaign manager Rick Davis told reporters on Friday. “We’ve had probably the best 10 days of polling since the convention. We think we’ve shaken off the effects of the financial collapse that suppressed our numbers prior to the last debate, and we believe we are on a run right now that, from what we can tell, will be unabated through the course of the election.â€

But Michael Tanner, a senior fellow at the Cato Institute, argues that the slight movement in McCain’s favor is just part of the natural progression of what happens in the polls at this stage in the political game; a settling, as