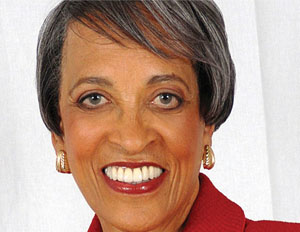 Teachers are valuable assets to society, shaping the minds of great entrepreneurs, social workers, bankers, communicators and scientists. Without the proper mentoring, coaching and instruction from educators, many great leaders wouldn’t be who they are today.

African American women have been pioneers in education for decades, taking leadership in intellectual and scholarly endeavors and inspiring innovators around the world. Madame Noire takes a look at seven black women who have blazed a major trail in education.

Johnnetta Cole, Ph.D: In 1987, Dr. Johnnetta Cole became Spelman College’s first black female president. However, the appointment was also noteworthy for several other reasons.Â  At Cole’s inauguration, Bill Cosby and his wife donated $20 million, which was the single largest contribution from an individual to an historically black college (HBC). Under Cole’s leadership, the SAT scores of Spelman’s freshman classes ranked consistently higher than any other HBCU. Also, in 1992, the college was ranked number one on U.S. News and World Report magazine’s annual survey of best college buys. The magazine also ranked Spelman the top regional liberal arts college in the South.Â  In 1996, Money magazine listed Spelman as the number one HBCU, the number one women’s college, and the seventh best college in America. While Cole wasp resident, Spelman’s capital campaign also raised over $113 million, which is a record amount for HBCUs. Â She is also the first woman to be elected to the board of Coca Cola Enterprises, and the first black woman to serve as chair of the board of United Way of America.