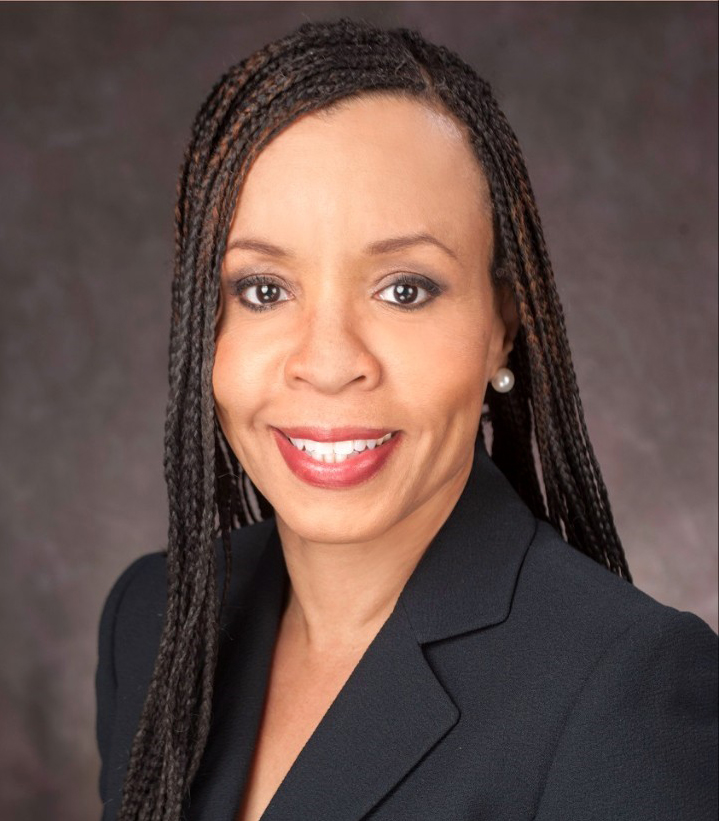 Kim Godwin is a sponge for positive input. When her kindergarten teacher told her she could be anything, she believed it. When a high school teacher told her she was a good writer, she owned that too. And when FAMU journalism professor, Phil Keirstead, saw something in her as a college freshman that made him say she’d make a good producer, Godwin ditched her pre-med plans and changed the course of her life.

Now, as the newly installed first African American woman vice president of news in the history of CBS TV, the Emmy Award-winning Godwin says she owes much of her success to good parenting and those great teachers. But a deep dive into her résumé’s backstory shows that the real key has been her consistent eagerness to do what many women don’t: Godwin asks for what she wants.

In a recent conversation with Black Enterprise, Godwin—who is also executive director for development and diversity at CBS News, another role she openly sought—talked about where the courage to raise her hand comes from, and the enormous responsibility she feels to preserve the value and integrity of the news while developing diverse new voices to mine and present it.

Here are some highlights that offer a roadmap to her success we all could use:

I was not one of those kids who grew up watching the news, wanting to do that. Margarita Pool, a CBS news producer, came to our career fair at FAMU. I asked her if I could visit her at work and, watching her, I could not believe there was an African American female in charge of stuff! I thought, ‘I want to do that.’

Free work can pay off.

I had a professor who was the producer for a local ABC newscast and I asked to volunteer. I started talking my way into doing things—ghost rundowns, then rundowns. I talked my way all the way into the control room. I started doing the lineup and learned how to edit. When my professor quit, the news director called and offered me the job. So, my first full-time job was as executive producer.

Choose to be empowered—by everything!

In West Palm Beach, I was on the air and realized I wanted to be in the room where they were making decisions. So, I went to the news director and basically said, ‘I want to be you.’ He laughed. I had to decide to either be devastated or empowered. I knew there would be many steps to get there, but I was more determined than ever. Years later, I was a news director competing against him in the same market—and winning.

Own your inner (and outer) boss-ness!

We have thousands of people [at CBS] who cover the news every day. My job is to choose which stories to cover, where we cover them, how we cover them. I love the responsibility for that decision making, talking about how we do things, and trying to get all the right minds around the table to make sure we do the best job possible, every time.

The world has changed, but the vital role of journalists and what defines excellence has not.

I approach every story the same way. What I think does not matter; what matters is getting at the truth. I am really a stickler for questioning, are we getting the full story? Are we being fair? Did we cover every angle and do all we could? Everything’s not entertainment. We need more people in real newsrooms who really know how to cover real news. News is the cornerstone of democracy, so we have to be really good at it. If we’re not good at it, there’s no democracy.

Earning it is good. Asking for it is great. Being prepared for it is key.

There is so much more we can teach women about asking. But you can’t just ask. Be prepared to do it.