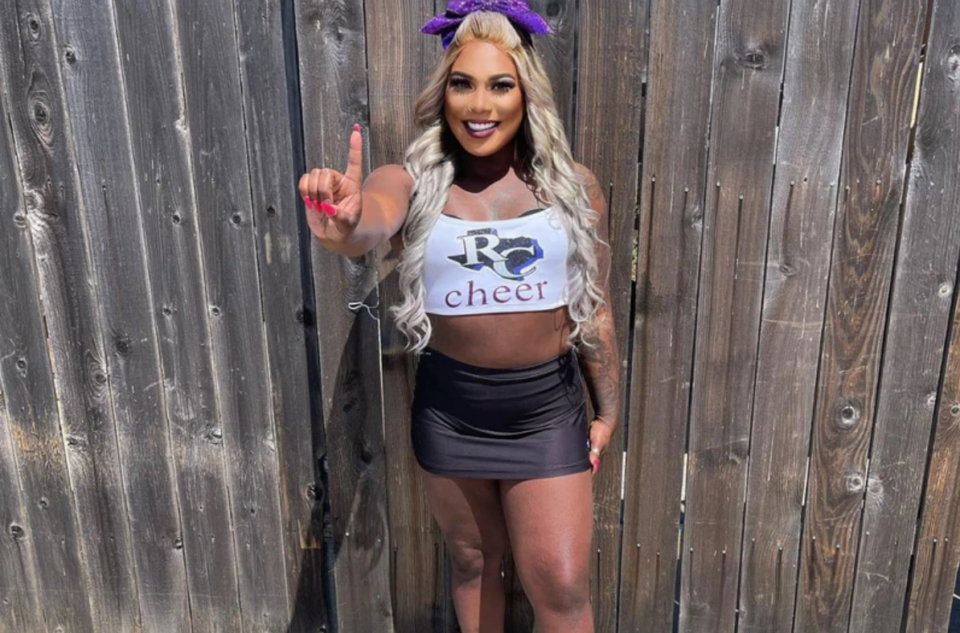 A transgender cheerleader was kicked out of cheer camp and given a criminal citation for allegedly choking a female teammate who mocked and misgendered her.

Police responded to an incident between team members at Ranger College last week, Yahoo News reports. Averie Chanel Medlock later took to Facebook to post a lengthy statement announcing her retirement as a result of the alleged assault.

“Well guys I’m officially retired as a cheerleader as of last night at 5:30 AM,” Medlock wrote in the post.

“A girl on the team was being very disrespectful and told me I am a MAN with a PENIS and that [guys] should not be on the team,” she explained.

“I stood up for myself and she called her mom and dad because she was scared because I [stood] up for myself. Her father said ‘she still has testosterone and a penis and I will kill anyone who comes after my daughter.’”

Medlock claims the female teammate made transphobic and racist remarks about her and then hid inside a room with other girls once she became agitated. Video shows the frightened team members inside of a room while Medlock could be heard outside shouting profanities.

“I ask you what you would have done when receiving a phone call at 1 o’clock in the morning from your daughter stating they had locked themselves in the room with other girls,” the father, Mike Jones, wrote on Facebook. “At no time did I ever say anything about your race or your gender.”

Medlock claims the physical confrontation with the other cheerleader was actually a joke. However, she still received a criminal citation for assault and was removed from campus.

The incident comes amid growing debates around allowing trans women to play in female sports.