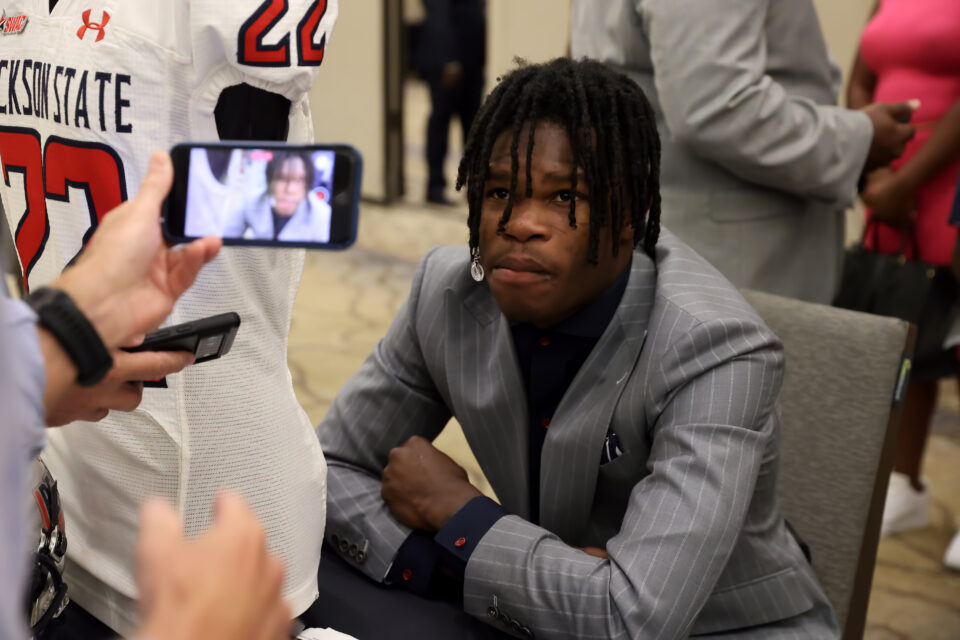 A burgeoning Black financial institution has recently signed an incoming college freshman to a NIL deal.

Greenwood, which is a new digital banking platform for Blacks and Latinos has just announced a NIL deal and multi-year partnership with Jackson State University freshman football player, Travis Hunter.

Hunter committed to Jackson State when he was the number one overall college football recruit in the 2021-2022 season. The freshman is the highest-ranked prospect to ever commit to a Historically Black College & University (HBCU).

“By choosing to join forces with Greenwood, I am again highlighting the strength of the Black community in collaborating and partnering,” said Hunter in a written statement. “I want the next generation to feel empowered to make the right choices and support Black businesses and Black excellence. I’m inspired by what Greenwood is doing to support financial freedom for minorities.”

The partnership between Hunter and Greenwood kicks off the “Choose Black” campaign. The initiative of this campaign is to motivate people to support Black businesses, schools, and causes. This will encourage people to uplift Black institutions and businesses as well as get the word out to re-circulate the dollar in the Black community. The marriage is a perfect union as Hunter made the move to play at an HBCU forgoing the top white universities that were vying for his services.

With this collaboration, they will inspire Blacks to join them in paying it forward today and tomorrow by always choosing Black.

“By choosing Jackson State, an HBCU, over countless other options, Hunter reminded the world to ‘Choose Black’. Hunter is a pioneer on and off the field,” said Ryan Glover, Co-founder & Chairman at Greenwood. “Greenwood is honored to enter a partnership and NIL deal with Hunter. Together, we will help encourage others worldwide to choose Black businesses, schools, and causes.”