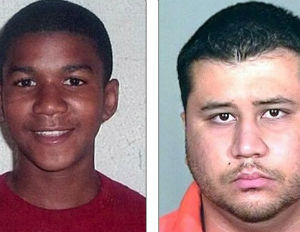 The Trayvon Martin Foundation is scheduled to host its annual “I Am Trayvon” Peace Walk and Peace Talk as part of its Remembrance Weekend in honor of Trayvon Martin and others who have been victims of senseless violence. The event is expected to take place on Saturday, Feb. 14, at Carol City Park in Martin’s hometown of Miami Gardens, Florida. The Peace Walk is a mile-long march, followed by the Peace Talk which seeks to engageÂ “the community in a discussion of ideas/experiences and possible plans of action to empower youth and curtail violence,” according to the foundation’s website. On the following day, Feb. 15, a Remembrance Dinner with guest speaker Iyanla Vanzant is scheduled. Feb. 5 would have been Martin’s 20th birthday.

February is a significant month for the foundation as it marks the time of both Trayvon Martin’s birthday as well as the day of his death, Feb. 26, 2012. The Trayvon Martin Foundation was founded by his parents, Sybrina Fulton and Tracy Martin, in March 2012. The organization’s mission is “to advocate that crime victims and their families are not ignored in the discussions about violent crime, to increase public awareness of all forms of racial, ethnic, and gender profiling; to educate youth on conflict resolution techniques; and to reduce the incidences where confrontations between strangers turn deadly,” as stated on its website. The specific goals of the foundation focus on providing educational opportunities for inner-city youth, as well as creating violence prevention projects.

Trayvon Martin was murdered by George Zimmerman, who was later acquitted on second-degree murder and manslaughter charges. The acquittal served as a catalyst for increasing social awareness and activism across the country, including the Black Lives Matter movement. The United States Justice Department is still investigating whether a civil rights violation was committed.

For more information on this event and how to be a part of it, visit trayvonmartinfoundation.org.