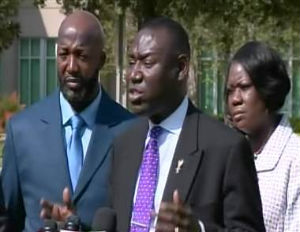 The judge is also allowing Zimmerman’s lawyers to subpeona Trayvon’s social media records and the social media activity of a girl who says she was on the phone with Trayvon before the shooting.

The attorney for Trayvon Martin’s parents, Benjamin Crump, said at a press conference today: “We think it’s a terrible precedent to set. Why is it relevant about his school records or his Facebook page? George Zimmerman knew none of that on Feb. 26 when he claimed Trayvon’s life.”