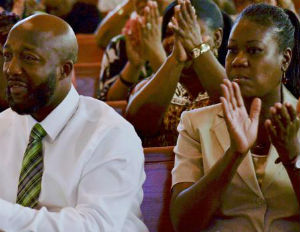 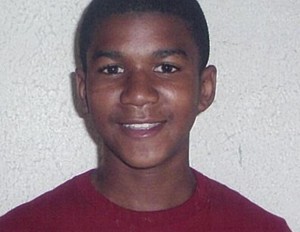 The parents of Trayvon Martin urge parents to encourage their children to embrace mentorship and entrepreneurship as a better means of advancement. They spoke before an audience during the Kingonomics Innovation, Entrepreneurship and Investment Conference. The event took place in Washington, DC, August 23 in conjunction with the 50th Anniversary of the historic 1963 March on Washington.

“Trayvon was an innovator and an entrepreneur,â€ says Martin’s father Tracy. “When he was little he begged me for money to buy supplies to wash cars. With the money he earned he used that to buy the things that he wanted.â€

Sybrina Fulton adds that her son also was a social entrepreneur in some ways, noting that he would baby sit and bake cookies for neighborhoods kids. He believed in giving back to his community.

“It starts with parents investing in their kids,â€ adds Tracy. He also points to the importance of young children having mentors. Children are looking to athletes for leadership and guidance. But they should be involved in mentorship programs. All kids, black, white, rich and poor, definitely need mentors.

Media coverage around the slain youth’s death has centered on the repeal of “stand your groundâ€ laws. Florida’s stand your ground law passed in 2005 removes a person’s duty to retreat if possible in the face of danger. About two dozen states have adopted similar laws since Florida was the first to do so.

Since their son’s death, Tracy and Sybrina, have been advocating for states with “stand your groundâ€ laws to add a “Trayvon Martin amendment,â€ which would prohibit people from invoking self-defense if they are the initial aggressors in a confrontation.