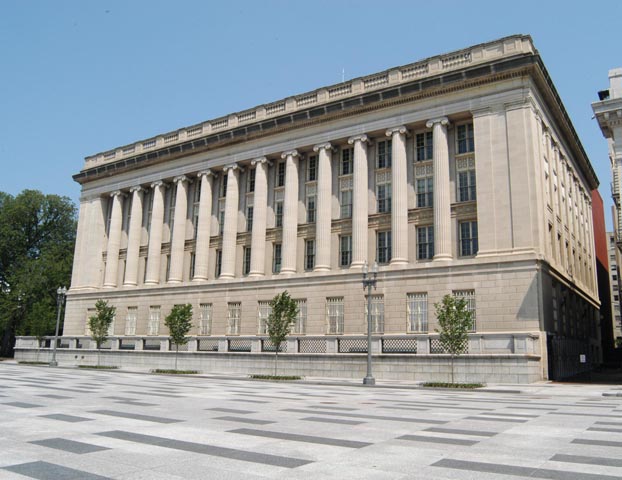 Treasury Secretary Jacob Lew announced that the government today will mark the 150th anniversary of the Freedman’s Savings and Trust Company (Freedman’s Bank) by naming the Treasury Annex building in Washington, D.C. the Freedman’s Bank Building. The building stands on the site of the original bank.

“Naming the Freedman’s Bank Building recognizes an institution that symbolized a new future for African Americans,â€ said Treasury Secretary Lew.Â “The legacy of Freedman’s Bank also serves as a reminder that we must continue striving for greater financial inclusion for all Americans–particularly those in underserved and minority communities—so that they can share in the benefits of our growing economy,â€ he adds.

On March 3, 1865, President Abraham Lincoln tried to improve the financial circumstances of blacks by creating the bank in 1865 for the nation’s four million newly emancipated slaves and veterans; he signed a charter that created the Freedman’s Savings and Trust Company, commonly known as the Freedman’s Bank.

“It was our best shot at a reset from slavery,â€ says John Hope Bryant, the founder and CEO of financial empowerment nonprofit Operation Hope.

The institution was created to help blacks build savings, create wealth, and learn about capitalism. In addition to embracing their first brush with capitalism and wealth building, the black community used the bank as a foundation to create community service organizations and rebuild after the economic devastation that slavery had created. According to the U.S. Treasury, about 100,000 black individuals and institutions amassed $57 million in the bank’s Washington, D.C. headquarters and its branches in 37 cities across 17 states.Â

“It was everything, and it proved, without question, that we had a propensity for industry, business, hard work, sacrifice, thrift and investment. It proved we could not only grow something and invest in something–we could help rebuild the new American GDP,â€ says Bryant.

As the years went on, a series of bad investments, exposure to financial mismanagement, and the expensive construction of a new headquarters in Washington, D.C. plummeted the bank into financial chaos.

In addition, the overall economy had begun to crumble leading to the first ‘Great Depression,’ called the Panic of 1873.Â  Historians say the North was so preoccupied with the troubling economic condition of the nation–the failure of 18,000 U.S. businesses in just two years, due in part to the failure of railroad companies in their efforts to expand–that efforts to address racism in the South were largely abandoned, further distracting from the bank’s mandate.

In March of 1874, bank trustees asked Frederick Douglass to lead the bank in their efforts to save the ailing institution. Those efforts fell short given the bank’s troubled financial circumstances, and trustees voted to shut it down in June of that same year.

Congress created a program that would reimburse depositors up to 62% of what they were owed, but many never saw that money.

As John Mercer Langston, one of the bank’s black trustees, wrote in his 1894 autobiography, “Perhaps the failure of no institution in the country … has ever wrought larger disappointment and more disastrous results to those interested in its creation.â€