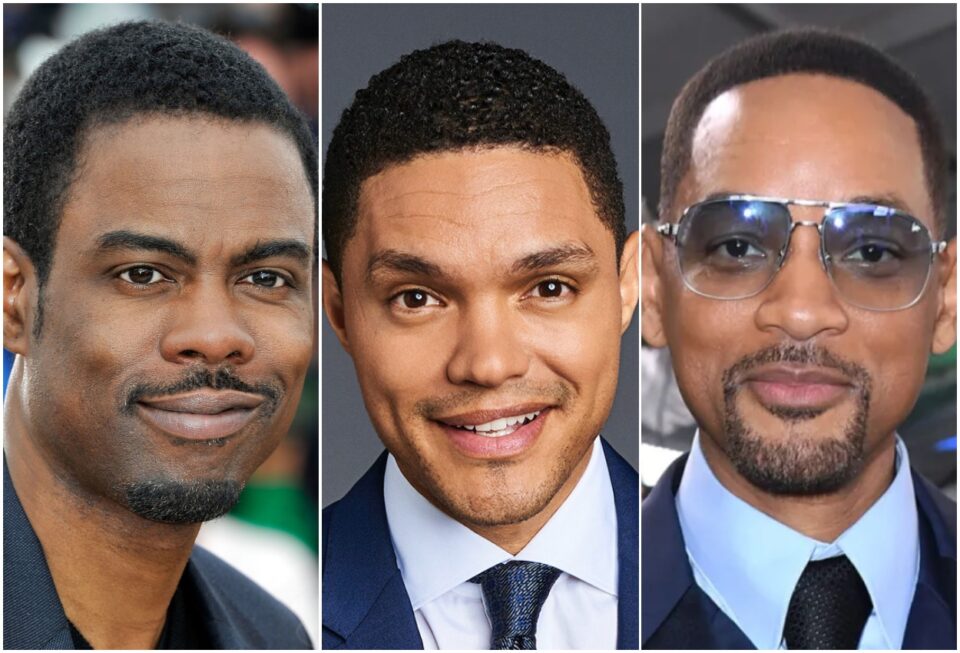 (From left to right: Chris Rock, Trevor Noah, Will Smith)

Well, if Chris Rock isn’t ready to start joking about the Will Smith face slap, then we will have to settle for Trevor Noah in the meantime!

Last week, the Academy of Motion Picture Arts and Sciences—the organization that presents the Oscars—announced the 10-year suspension of Will Smith for his assault on comedian Chris Rock.

According to US Weekly, on Monday, fellow comedian and host of Comedy Central‘s The Daily Show Trevor Noah had some things to say about the suspension of Smith from the Oscars.

In a monologue for his show earlier this week, the South African comedian stated that the punishment for “The Fresh Prince” was “ridiculous.” He quipped that the suspension was really a “favor” to the actor.

“I got into the details and I realized he gets to keep his Oscar, and he can still win Oscars even though he’s banned. …This is a favor!” Noah states.

He then jokes about the Academy talking to Rock before handing out the penalty.

“I…think [the Academy] should’ve at least consulted Chris Rock before choosing the punishment. Because if Will were still going to the Oscars, that’s at least four hours where Chris Rock knows where he is. Now, he could be anywhere.”

Last week, in a statement obtained by CNN, Academy President David Rubin and CEO Dawn Hudson announced Smith would be banned from all Academy events.

“The Board has decided, for a period of 10 years from Apr. 8, 2022, Mr. Smith shall not be permitted to attend any Academy events or programs, in person or virtually, including but not limited to the Academy Awards,” Rubin and Hudson said in a statement.