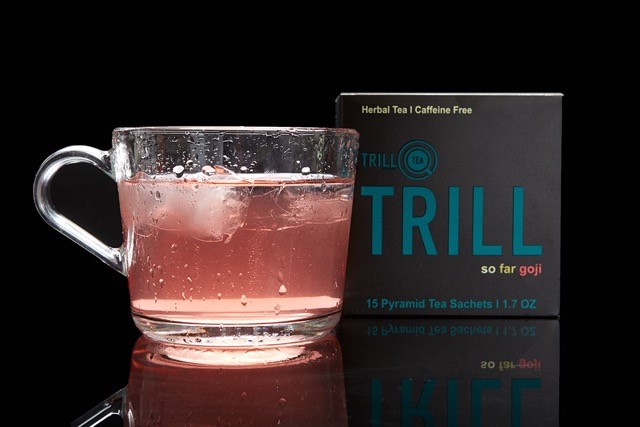 Ask Drake fans about his wildly successful mixtape So Far Gone, and they’ll likely tell you it was a game changer. Released in 2009, the compilation of 17 emotional and atmospheric songs fused hip-hop and R&B while boldly brandishing the feelings of a rap artist. Two breakout singles featured on the mixtape, “Best I Ever” and “Successful,” were listed on the Billboard Hot 100 hit singles—something that was unheard of back then. Without the backing of a label, So Far Gone also managed to propel the Canadian rapper into mainstream stardom and revolutionized the magnitude and reach of a mixtape. The impact of So Far Gone can still be felt today. Not only did it change mixtape marketing, it influenced the way Chance The Rapper and other independent artists distribute music.

One thing that you probably won’t hear a Drake fan mention, however, is how the album correlates with their favorite flavor of tea. Although it seems odd to associate the success of So Far Gone with a cup of tea, Chaz Greene has somehow managed to mesh the two in a way that actually works.

In June 2016, the 28-year-old college dropout-turned-entrepreneur launched Trill Tea, a brand of herbal tea that embraces hip-hop culture and emphasizes being true to yourself. The name of the tea stems from the popular slang term “trill,” which derives from the words “true” and “real” and is used to describe a well-respected person, place, or thing.

Rather than employing hip-hop as a marketing tool, Greene says that hip-hop was an underpinning in the creation of Trill Tea. He came up with the idea after he became sick and realized his distaste for Lipton Tea. That motivated him to create a tea that he not only liked, but could relate to as an avid hip-hop fan. Now he’s on a mission is to bridge the gap between tea and hip hop, in hope that it will have a lasting impact on the culture just like So Far Gone. Hence, he named his goji berry infused tea “So Far Goji” after So Far Gone.

“We’re really trying to modernize what you think about a tea company,” he said during his appearance on Bold Business, a weekly news show that is streamed on Facebook and owned by Black Enterprise collaborative partner Bold TV. “My goal is to bring the two worlds together and meld them seamlessly.”

In addition to creating specialty teas with a contemporary twist, Greene says his end goal is to expand Trill Tea into an all-encompassing media company that promotes and creates content related to Trill Tea. For now, however, he is focused on turning Trill into “the hip- hop version of Red Bull.”

After getting a taste of Trill Tea, Black Enterprise caught up with Greene to learn more about his company and inspiration. Check out our Q&A below.

Greene: The flavor of our teas are made for people who would and wouldn’t consider themselves tea drinkers. What makes us different from other tea brands is we take a non-traditional approach to tea. We believe that tea was the first ever lifestyle product but was never reintroduced for millennial culture and lifestyle. We don’t do earthy colors or “tea time with the queen” type of experiences. We’re about being true to yourself and embracing your ability to like two things at once. The ability to like Sade and 21 Savage. We consider ourselves the vigilantes of the tea industry. We’re here to say it’s OK to be the truest version of yourself. If other tea brands are Food Network, we’re Vice Media.

BE: What motivated you to start your business?

What motivated me to start Trill Tea was the opportunity to create a brand that would inspire a junior high school version of myself. A person who was obsessed with Allen Iverson and played hours of basketball because of it. The “ah ha moment” came when I realized that if a brand or entrepreneur gave me the same feeling I had for Allen Iverson than I would’ve been inspired to start a company in junior high school rather than spending my days playing basketball.

BE: What motivated you to drop out of college and become an entrepreneur?

I dropped out of college to become an entrepreneur because I already knew I wanted to be an entrepreneur and believed that not having a college degree would force me to create a business rather than get me comfortable in a cozy job.

BE: What tools are you using to connect to a younger, hip-hop-oriented audience?

Social media and sponsored events. I’ve been working more on getting my story out there for people to resonate with as well.

BE: Where do you see Trill Tea in five years and how do you plan to get there?

In five years I see Trill Tea having the strongest mindshare and cultural relevance of any tea brand. We plan on getting there by creating culturally relatable, bold, and audacious experiences never seen before from a tea brand.

BE: What is your ultimate goal for Trill Tea?

My ultimate goal for Trill Tea is to be the best tea brand for millennials and younger while creating a hip-hop inspired media empire similar to what Red Bull has done with extreme sports.

BE: What are three pieces of advice that would you give other people wanting to open their own business?