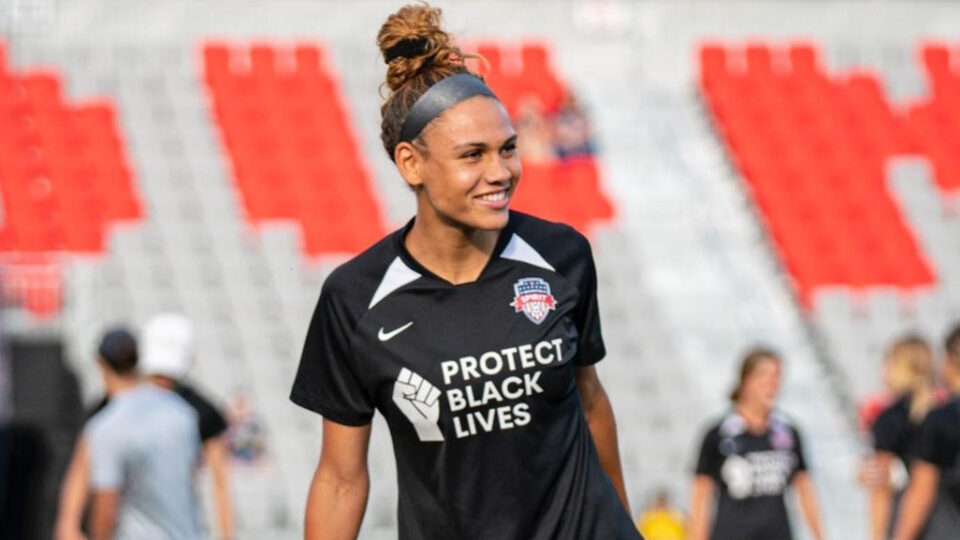 The daughter of an NBA Hall of Famer has achieved a record in the National Women’s Soccer League (NWSL).

Trinity Rodman, who is the daughter of former Detroit Pistons and Chicago Bulls Dennis Rodman, has signed the richest player deal in the history of the NWSL.

According to ESPN, Rodman, the youngest player to ever be drafted into the NWSL, has extended the initial deal she signed as a rookie last year through the 2024 season with an option for 2025. This contract makes her the highest-paid athlete in the history of the NWSL. She plays for the Washington Spirit, current NWSL champions.

Reportedly, Rodman has signed with the Spirit for four years. The deal is worth more than $1.1 million.

Congrats to @trinity_rodman on signing a landmark deal with the @WashSpirit and becoming the highest-paid player in @NWSL HISTORY! 👏 pic.twitter.com/igmckoyFz9

The Wahington Post reported that the 19-year-old forward was named the league’s Rookie of the Year after helping the Spirit win the league championship. She was also given the U.S. Soccer’s Young Player of the Year award and was invited to play on the national team.

“We’re incredibly excited to have Trin as a part of the Spirit family for at least the next three seasons,” Spirit coach Kris Ward said. “She has a truly special career ahead of her and makes us a better club on all fronts.”

Last year, according to People, Rodman was drafted second overall. When the then-18-year-old made her professional debut with the Spirit last April, she immediately placed her name in the record books by becoming the youngest American goalscorer in league history, minutes after entering the game.

When drafted, she was also part of another historical feat—she was one of the six Black women selected in the first round of the NWSL draft last January.

“People are always going to — especially people who don’t know me and are new to the soccer world — see Dennis Rodman’s daughter. It comes with the name, but I definitely achieved what I wanted and [put out] the message I wanted, being so young, being a woman, being in the soccer world,” Rodman told The Washington Post.