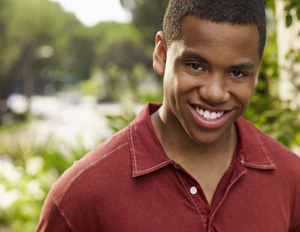 On January 20, 2012, Red Tails, the long awaited feature film about the Tuskegee Airmen will finally hit theatres. Executive produced by Star Wars creator George Lucas, the period film tells the historic story of the first African American fighter pilots of WWII and their struggles for equality during the Jim Crow era.

With a screenplay co-written by Boondocks creator Aaron McGruder, Red Tails features an all-star cast that includes Cuba Gooding Jr., Terrence Howard, Nate Parker, Ne-Yo, and Tristan Wilds, among other A-list performers. BlackEnterprise.com caught up with Wilds, who plays Ray “Juniorâ€ Gannon, a young Tuskegee Airman looking to earn the respect of his peers while fighting for his country. Watch below as he speaks on his experiences working with Lucas and the cast, as well as the life lessons he learned along the way.

FacebookTwitterYoutube
← December Jobs Report: Republican Chairman Says Obama Only Offers â€œGimmicksâ€ ← How to Land a Job in the Financial Industries
×