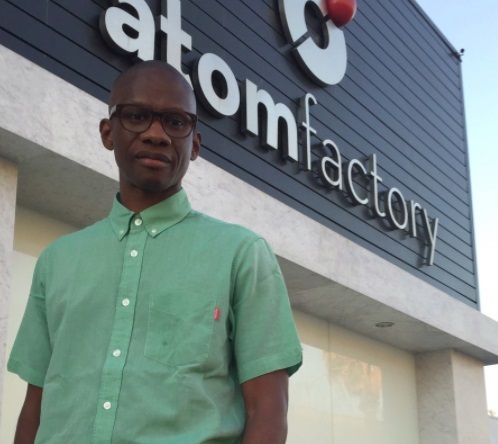 Troy Carter had a long lineage as an entertainment industry executive founding the talent management company, Atom Factory and an equally impressive résumé in the tech industry, with companies including A \ IDEA, a product development and branding agency, AF Square, an angel fund and technology consultancy with investments in over 40 startups and most recently his new investment firm, Cross Culture Ventures but, where did it all begin.

Black Enterprise sat down with Carter to discuss his entry point into tech, his first investment, and what it’s like working at Spotify.

How did you have the foresight to know that it was time to make the transition from entertainment to tech?

I think it was more of luck and instinct than foresight. It’s the whole idea of right place, right time meets past experiences that led me into the world of tech.

Vince (Herbert) is a really good friend who I’ve known for years and Vince introduced me to Gaga and at the time when we started her career, we couldn’t get her music played on the radio so we were using technology platforms to leverage it.

YouTube was our primary source. We would put these videos up on YouTube to try to get them out there because we couldn’t get played. She was [also] so good on Twitter and Twitter was starting to rise so those became our primary platforms for distribution and to reach audiences.

From there, technology companies just started approaching me about becoming an adviser and that led to investing and I liked spending time with entrepreneurs.

What were some of your first investments?

The first investment was a dud. It was one of those things where I didn’t have enough experience and I didn’t do the due diligence on the company. I kind of relied on other people who were investing, I’m like those guys are smart, they’ve made investments before, I’m just going to follow them, and then after that, I said never again will I follow somebody without doing my own investigation.

Since that first mistake, Carter has had a lot of amazing and very successful investments including Spotify, Warby Parker, Dropbox, and Uber. In addition to investing, he recently took on the role as Global Head of Creator Services at Spotify.

Tell us how you transitioned to Spotify and what the experience has been like?

It’s been fun. I’ve been an investor for five or six years and I’ve been inside of the company for probably 16 months or so. It’s like being a kid in a candy store because I love music and I love technology and I’m around some of the smartest people in the world that are working on things that I deeply care about.

It’s been fun to see the music industry that’s been the same for a hundred years finally feel like it’s moving forward with the rest of the world.