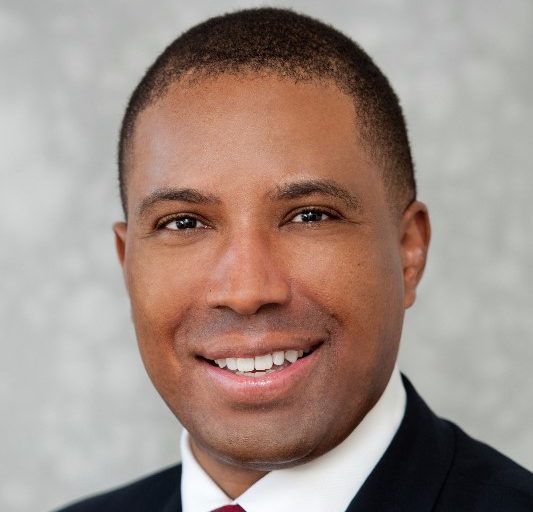 Every year, our editors witness some fascinating companies among the freshmen class of the BE 100s—the nation’s largest black-owned businesses.  And the 2018 list has one newcomer that vaulted to the leadership of the Top 100 as a member of the exclusive billion-dollar revenue club: Tampa, Florida-based Coca-Cola Beverages Florida L.L.C. (No. 5 on the Top 100 list with $1.2 billion in revenue).

The man responsible for its effervescent sales growth is Troy Taylor, the Lafayette, Louisiana, native and former banker who has oversight of a bottler that produces and distributes more than 600 products of the Coca-Cola Co. and partner entities across an exclusive territory, covering over 18 million consumers in the major metropolitan markets of Miami, Tampa, Orlando, and Jacksonville. With four manufacturing centers, 17 sales and distribution locations statewide and more than 4,600 employees, Florida Coke serves mammoth customers like Disney, the NFL Tampa Buccaneers, and local airports.

There hasn’t been another black-owned Coke bottler among America’s largest black-owned businesses since Philadelphia Coca-Cola Bottling Co., a franchise in which the late consummate dealmaker J. Bruce Llewellyn and former NBA superstar–cum-business owner Julius “Dr. J.” Erving acquired majority ownership in 1985. It would remain among the list leaders on the BE INDUSTRIAL/SERVICE 100 until the 2010 rankings.

The Marshall University graduate sought soft drink bottling opportunities after he left JPMorgan Chase where he counseled CEOs in the oil and gas industries. When he opened his investment advisory firm in 2002, Taylor served as a consultant to the soft drink giant as well as one of its largest independent bottlers in the world. Through the experience, he quenched his thirst for knowledge about the beverage distribution sector while increasing his Rolodex of contacts.

The faith-driven entrepreneur decided to take the plunge, looking “at other opportunities to get into the Coke system’—including making a run at the historic Philadelphia Coke franchise. “The seminal moment was in 2010 when the Coca-Cola Co. acquired their largest bottlers North American operations. Coca-Cola Enterprise owned 80% of the U.S. and a lot of stuff overseas. It was the largest bottler in the world.”

As an adviser to the top brass of the company—including the CEO and CFO—he realized that it “was going to re-franchise those operations at some point. So, I stayed close. I had a lot of great mentors in the Coca-Cola system… all people who helped shepherd me through this process. I was given the opportunity to come in and long story short, to pitch where I wanted to be in the U.S. if I had a chance to buy a bottler.”

When he gained his opening, Taylor pursued the Florida territory—“one of the gems in the Coke North American system and the Coke system from a bottling standpoint worldwide because of growth, sunshine, multicultural population, which drives consumerism.” Also, the fact that the state attracted 100 million tourists annually would provide a “big footprint to sell our beverages.”

By May 2015, Taylor closed the deal, making Coca-Cola Beverages Florida the first franchise awarded to a new owner in 60 years. Within three years, it has become the top-producing bottler in the system. And as part of Taylor’s focus is ensuring that he expands African American participation across the board: “The beauty of having larger black-owned businesses, you’re controlling cash flow where you can invest in black banks, black vendors, and other black entrepreneurs.”

Build relationships and mentors before you pursue the deal

You got to have those people who are mentors, friends, advisers that you can share your ideas, your thoughts, your dreams and desires with people that are in a position to help. Those were just a number of the people that were there. I knew that the Coca-Cola Co. was going to re-franchise this. So I stayed close to it saying, “Hey remember, I’m interested. I want to purchase, want to be in the bottling industry.”

Being an alum, JPMorgan led our first credit facility of $80 million. We increased it to $100 million in 2015. They did a really good job on the key things but not so good on building the relationship. I think part of it was because they didn’t have anybody across the table that looked like me and I told them about that. I said, “You guys got to put some black people on this team.” I was direct about it. Long story short, I fired JPMorgan as our agent and went to Citi because of Raymond McGuire [Global Head of Corporate and Investment Banking and one of BE’s Most Powerful Executives in Corporate America]. Ray was smart because he knew; he put a sister on the deal. You got to show some connectivity with me. I [also] feel it’s important that we not only have and make deposits in our black-owned institutions but more importantly, that we have loan facilities…that we have banking relationships because that’s how they make money at the end of the day.

What it takes to win in business

Day after day, the discipline to stick to it. Don’t worry about the obstacles, know they’re going to come and you just got to just keep getting through it, and it takes a high level of discipline. The other piece is, surround yourself with some really, really good people. People always ask me, how did you sleep at night while you were doing this? And I say, “By the grace of God and by the fact that I had some really, really good people around me that were working toward the same goal. They understood the vision, they bought into the vision, and they worked side by side.

–  Lisa Fraser contributed to this report.

Watch the Fireside Chat: The Real Thing is Coca-Cola Exec Troy Taylor below:

To find out which companies comprise the BE 100s, you can find the various roster and industry performance summaries here. Below, discover the roster of the other BE 100s freshmen on the Top 100 for 2018: