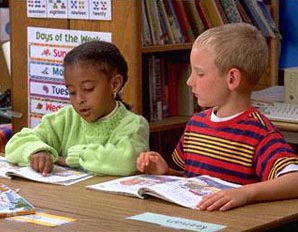 This school year, for the first time in 20 years, Texas students won’t face criminal penalties for missing school. Texas is one of just two states in the country toÂ handle truancy cases in criminal court, and in 2013 alone the state generated nearly 200,000 criminal cases against truant children and their parents.

But come September, “failure to attend schoolâ€ will no longer be a crime in Texas, and courts will have to expunge criminal truancy charges from the students’ records. Instead of a criminal record,Â under a law passed earlier this year, students who miss too many days of school will instead get a “behavior improvement plan,â€ followed by an assortment of disciplinary options that don’t include criminal charges (but could include civil fines).

It’s a major change to the way schools and courts operate, and officials across the state are still grappling with all the changes they’ll need to make. Every school district must haveÂ a truancy prevention plan.Â Speaking with theÂ Texas TribuneÂ this month, Ryan Kellus Turner with theÂ Texas Municipal Courts Education Center suggested that the law, which he called “a serious paradigm shift,â€Â couldÂ meanÂ greater accountability for parents, who could still be charged with a misdemeanor if their children miss too much school.

Truancy reformers hope that, for students, the change will cut off a major tributary of the school-to-prison pipeline. The Austin advocacy group Texas Appleseed has lobbied for years to decriminalize truancy, and gave the effort fresh momentum this spring with a widely cited study that detailed the disproportionate use of truancy charges against black and Hispanic students, as well as the lack of due process in specialized truancy courts. This school year, Texas Appleseed Executive Director Deborah Fowler said, her group will be watching how schools adjust to the new law, and whether it prompts the shift in disciplinary culture that lawmakers intended.