Trucking Magnate Discusses Move into Industry and his Success 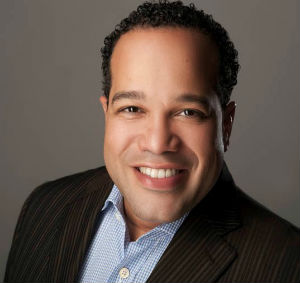 The trucking industry is perhaps the lifeblood of American commerce. More than 26 million trucks ship 9.2 billion tons of freight a year in an industry that contributes $603.9 billion to U.S. gross domestic product, according to the American Trucking Associations, an industry trade group. It’s clearly a significant part of the economy. As chairman of Ag Trucking Inc. (No. 93 on the BE INDUSTRIAL/SERVICE COMPANIES list with $24 million in revenues), Dale LeFebvre knows this well.

LeFebvre, who has a background in finance, acquired the Goshen, Indiana-based trucking company in 2012, bolstered by a $14 million investment from Gladstone Capital Corp., a publicly traded business development company. Formerly Managing Partner for Pharos Capital Group L.L.C. (No. 6 on the BE PRIVATE EQUITY list with $600 million in capital under management), he continues to invest and grow other businesses across several industries.

BE spoke with the Harvard University and MIT graduate about his trucking venture. Here’s what he had to say:

BE: As a finance guy, what made you decide to acquire Ag Trucking?

Dale LeFebvre: I got into trucking because I wanted to focus on domestic investment. I wanted to be in spaces where people of color are not particularly represented and transportation, energy, and some segments of natural services along with data centers were segments that I looked at.

What’s appealing about the trucking industry? There had to be more of a business case to go into this line of business.

Give an example of some of the things that you actually transport.

This has been a brutal winter for much of the U.S. Has it affected your business much?

LeFebvre:Â It definitely has. It’s hundreds of thousands of dollars of bottom-line impact because of how soft January was. That’s a business challenge whenever you have certain performance targets.

I recall you telling me that one of the challenges early on was confusing well educated people with effective people. What do you mean by that?

LeFebvre:Â In the businesses that I’m in, and I think in general, people who are experienced and just focused on being effective versus what the pedigree is, that that’s where I’ve seen the most success particularly in sort of smaller, bean size business where whatever the job is, you’ve got to get that job done. It doesn’t matter who you are, what your role is in the company. Our CFO needs to go get a pump, then, that’s what happens. If I need to do it, that’s what happens. Before I sort of said, “Hey, we’re going to put together Ivy League teams of people and go in and sweep the industries.” That was not as successful as working with people who are more experienced and sort of have grown up in the industry that they work in.”

Other than bad weather, what’s your biggest challenge at this point in the business?

LeFebvre:Â We’re focused on growth and so sort of getting to the point where we feel comfortable that we can handle substantial growth organically as well as acquisition has been a challenge. We’ve looked at a couple of deals that we haven’t gotten done based on price and didn’t have the balance sheet necessary to grow the way that we wanted to up until fairly recently and so now we’ve got the balance sheet and availability of capital for acquiring equipment and so that was really the focus in the first year.

What is your outlook for 2014 from a revenue perspective after the impact of the weather?

LeFebvre:Â It is a GDP business and if the country is growing at 3 percent to 4 percent, I like to see two or three times GDP growth. I think that you are doing pretty well if you are in a GDP business and you grow at a multiple of GDP. Hopefully this year we will see 8 percent to 10 percent [revenue growth].Â  Last year we saw 8 percent to 10 percent. I think that our lenders will work with us on the softness in January and February. Hopefully we will see that kind of top-line growth. Bottom line should grow a little bit more than top line because we do some operating scale efficiency; if we leave 8 percent on the top line and 10 percent on the bottom line without any acquisitions.