Trump and Biden To Debate Over Supreme Court, Coronavirus, and Race

The first presidential debate between President Donald Trump and Democratic nominee Joe Biden will hit on several topics, including the coronavirus pandemic, the Supreme Court, and racism in America.

The debate commission announced on Tuesday those three issues will be discussed along with others on Sept. 29 at Case Western Reserve University in Cleveland, Ohio. CNN reported the debate will be broken down into six 15-minute segments and Fox News’ Chris Wallace will moderate.

This will be the first chance voters will have to see both Biden and Trump on the same stage. Since the year began, the two have traded attacks that have been largely seen in press conferences or read on the internet.

Biden has been relentless on Trump’s coronavirus response, which has led to the death of more than 200,000 Americans and the economy falling into a recession. Trump, meanwhile, has said electing Biden will lead to the demolishment of suburbs and the appointment of Supreme Court Justices who will kill the Second Amendment and other freedoms.

According to The Hill, candidates will also field questions related to the Supreme Court, days after President Trump is set to announce his nominee to replace the late Ruth Bader Ginsburg, who died on Friday.

Trump told CNN earlier this month he’ll prepare for the debates “every day” by “just doing what I am doing.”

“I’ve been all over the place, and I watch this guy sitting home, and I think, maybe I’m doing it wrong,” Trump told Fox News Monday.

Biden did not say whether he has a debate strategy but did tell CNN he is “looking forward” to debating Trump and “holding him accountable.”

“I know how to handle bullies — we’ll find out,” Biden said as a fundraiser this month. “I hope I don’t get baited into getting into a brawl with this guy. It’s going to be hard because I predict he’s going to be shouting.” 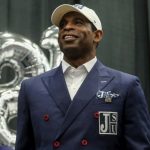 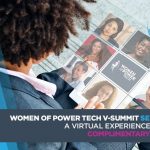