President Donald J. Trump defended his use of the term “Chinese virus” to describe the virus that causes COVID-19 on Tuesday, despite widespread backlash from critics who argue that the term is offensive and racist.

Trump drew criticism after using the controversial phrase Monday night in a tweet about the coronavirus outbreak.

The United States will be powerfully supporting those industries, like Airlines and others, that are particularly affected by the Chinese Virus. We will be stronger than ever before!

In response, a number of officials, leaders, and organizations condemned the term for stigmatizing Chinese people. New York City Mayor Bill de Blasio, for instance, said the tweet was misplacing blame and could jeopardize the safety of more Asian Americans.

If you’re looking for someone to pin this crisis on, try the guy who made up a phony Google website or promised testing kits that he STILL hasn’t delivered.

Nonetheless, the reality TV star-turned-commander-in-chief doubled down on his remarks during a press briefing on Tuesday, arguing that China tried to blame the spread of the coronavirus on the American military.

“It did come from China, so I think it’s a very accurate term.”

“I didn’t appreciate the fact that China was saying that our military gave it to them. Our military did not give it to anybody,” Trump said. “China was putting out information, which was false, that our military gave this to them. That was false. And rather than having an argument, I said I had to call it where it came from. It did come from China. So, I think it’s a very accurate term,” he said.

The president also pushed back at suggestions that the term stigmatizes Chinese people and even went as far as to call COVID-19 the “China virus” during the briefing.

Trump’s remarks come a week after he was criticized for retweeting a post from a conservative activist who labeled the coronavirus as the “China virus” and emphasized the need for the U.S. to build a wall along the U.S.-Mexico border. In response, CDC Director Robert Redfield agreed at a House hearing that it was “absolutely wrong and inappropriate” to use labels like “Chinese coronavirus,” especially since the virus had expanded beyond China to other parts of the world, reports The Hill.

There has been an increase in racist incidents and discrimination targeting Asian Americans since the pandemic began. Two Hmong guests faced harassment and were later barred from staying at both a Super 8 and a Days Inn in Indiana last month. Meanwhile, an Asian teen was bullied, assaulted, and hospitalized in California. There were also reports of an Asian American man being sprayed with Febreze by an irate straphanger while riding the subway in New York City.

In response, more than 20 civil rights and political groups, including the Congressional Black Caucus, have denounced xenophobic language and the practice of identifying the illness by location or ethnicity. 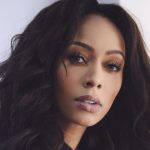