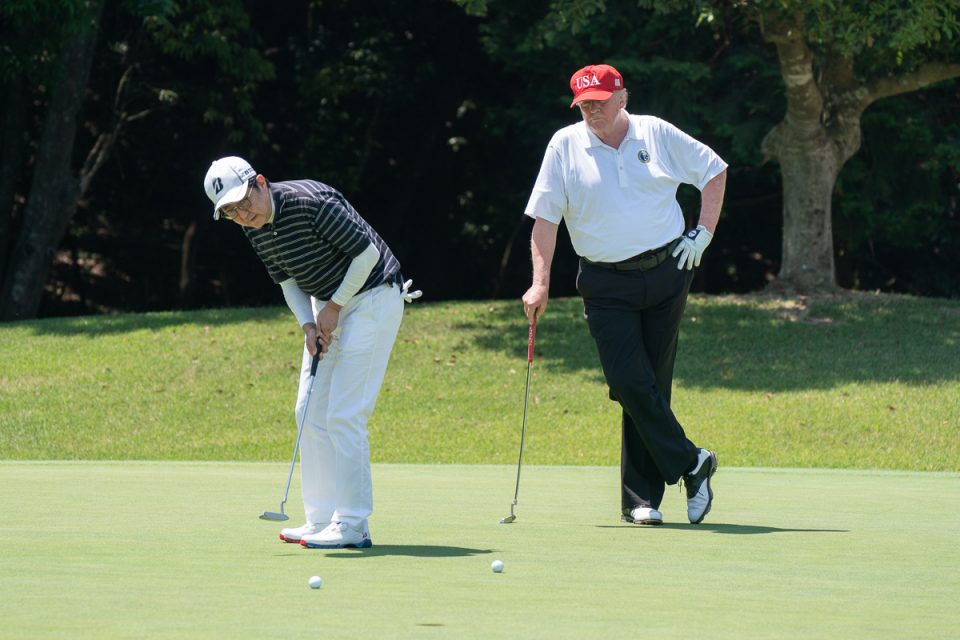 When President Barack Obama was in office, President Donald Trump made complaints, via Twitter, that Obama spent too much time playing golf when he should have been concentrating on running the country. Fast-forward to present times and after playing substantially more golf than Obama did during the same period, Trump tweeted that Obama played more golf than he had, despite evidence stating otherwise, according to Slate.

Over the weekend, Trump took to Twitter to claim that he doesn’t golf as often as Obama did. The president added that when he golfs, he is exercising.

I know many in business and politics that work out endlessly, in some cases to a point of exhaustion. It is their number one passion in life, but nobody complains. My “exercise” is playing, almost never during the week, a quick round of golf. Obama played more and much longer….

Claiming that when Obama golfed, he “played more and much longer.”

…rounds, no problem. When I play, Fake News CNN, and others, park themselves anywhere they can to get a picture, then scream “President Trump is playing golf.” Actually, I play VERY fast, get a lot of work done on the golf course, and also get a “tiny” bit of exercise. Not bad!

Trump even states that he gets a “tiny” bit of exercise while doing so.

When President Obama occupied the office, Trump constantly criticized Obama when he did play golf and he promised during his run to the office that he won’t be on the golf course as frequently as Obama.

Can you believe that,with all of the problems and difficulties facing the U.S., President Obama spent the day playing golf.Worse than Carter

On Trump Golf Count, it has been reported that the former reality TV star has taken to the green a whopping 262 times since he became president.

“Daytime visits to golf clubs since inauguration, with evidence of playing golf on at least 125 visits. Our last recorded outing was on July 12, 2020. Click on complete data table for a list of Trump’s outings, or view our breakdown of total costs.”

The website also states that Obama played 306 rounds of golf during his entire eight years in office. That total is only 45 more than the 262 that Trump has already played during his first and only term. At this rate, Trump would golf 596 rounds by the end of a second term.