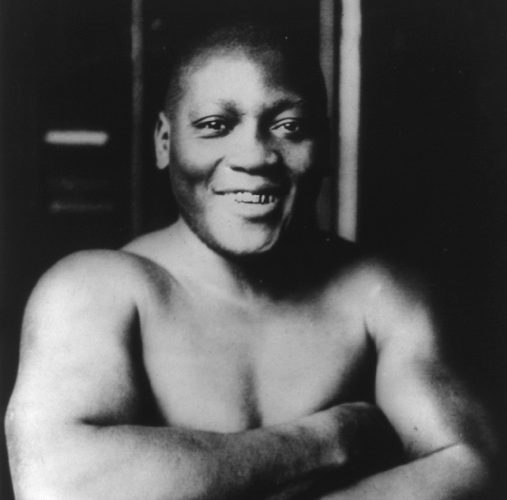 Trump described the charges against Johnson, who was arrested in 1912 for traveling with his white girlfriend, as unjust. “Jack Johnson was not treated fairly, and we have corrected that, and I’m very honored to have done it,” said the president.

Who Was Jack Johnson?

Johnson was born in 1878 to former slaves in Galveston, Texas. He began amateur boxing as a teenager before making his professional debut in 1898. Ten years later he was crowned as the first African American world heavyweight boxing champion after defeating Tommy Burns in Sydney, Australia, in 1908. He held the title until 1915.

In 1910, he faced off against boxer Jim Jeffries, who white fans referred to as the “great white hope” in anticipation that he would take Johnson’s heavyweight crown. Johnson, however, won the match dubbed the “fight of the century,” triggering riots from angry white mobs that sabotaged African American communities around the country. Twenty people were killed. Most of the victims were black, including one who was tied to a lamppost.

“This was white-on-black race riots in every corner of the United States, where groups of whites unhappy that Jeffries had lost went into black neighborhoods to kill African-Americans simply because of the color of their skin, simply because Jack Johnson was unforgivably black,” documentary filmmaker Ken Burns told CNN.

Johnson’s multiple relationships with white women also sparked controversy and even led to his arrest in 1912. After crossing state lines with his white girlfriend, he was charged with violating the Mann Act, a law that banned human trafficking and the transportation of women and girls for an “immoral purpose.” He was convicted in 1913 by an all-white jury, but Johnson fled the U.S. and spent years in exile fighting overseas. In 1920, Johnson turned himself over to U.S. authorities and served 10 months in prison. He died in a car crash in 1946 at the age of 68.

Johnson is not the only black person deserving of a presidential pardon post-mortem. Social justice advocates have called for a pardon for Marcus Garvey, the legendary leader of the black nationalist movement who was convicted in 1923 on what his family called “politically motivated and bogus” charges of mail fraud. In addition, California lawmakers have called for the exoneration of 50 black sailors convicted of mutiny during World War II for refusing to load ammunition following two deadly explosions at the Port Chicago naval munitions base in 1944.