It’s debatable as to whether Donald Trump sought the presidency to become the champion of (mostly white) angry people anxious about sweeping societal change and growing fears of economic displacement; or if he isÂ desperate for placement in the annals of infamy, no matter the means.

History is likely to long remember TrumpÂ if the latter was indeed his goal. And more so for his presidential run and time in office rather than his garish buildings.

What historians will reflect on is his masterful use of digital tools; namely, TV/video and social media, and how the Digital Age helped him bamboozle so many and created a truly noxious political climate.

Take Thursday’s press conference. In a 77-minute speech, President Trump went beyond ranting–he appeared unhinged as he berated the media for “fake news;â€ told lies about Hillary Clinton selling uranium to Russia (a false claim embraced by alt-right, conspiracy theory nut jobs); and lied about his electoral win being the biggestÂ ever by a modern-day president.

The show wasn’t over with his speech, though. During Q&A, he fielded questions from reporters. His response to a question posed by White House Correspondent April Ryan, a black woman, reminded us again “oh yeah, he’s not just crazy… he’s racist, too.â€

Ryan asked the president if he was willing to ever meet with the Congressional Black Caucus (CBC). Trump lied–again–saying the CBC never invited him–(the CBC, in response, tweeted an invitation they sent on Jan. 19.

Then the showstopper: He then asked Ryan without the slightest indication that he was not being serious, “Do you want to set up the meeting? Are they friends of yours?” 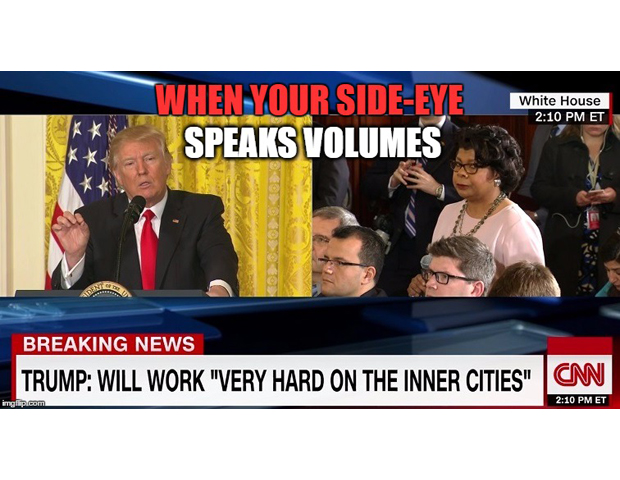 His remarks; so offensive not only because he perpetuates that old soybean that all black people know each other, but the optics of a rich and powerful white man, suggesting this black female journalist do some menial task for him as though she were the help, were sickening.

But Trump knows what he is doing by creating such controversy. He is getting the food his bottomless pit of narcissism craves and he knows the tools to do so. Social media was made for him and he takes to it like a natural; call him iMegalomaniac.

And the digital citizens feed him. Just seconds after the Trump-Ryan exchange, the hashtags #wedontallknoweachother and #whatdid45saynow cropped up on Twitter.

Did Idiot just ask a Black reporter if she could help set up a meeting with the Congressional Black Caucus? #wedontallknoweachother

Did Trump REALLY ask a Black reporter if the Congressional Black Caucus were friends of hers? #whatdid45saynow pic.twitter.com/ZogrvA4plG

Trump commands social media better than any teenager I’ve ever seen. For a 70-year-old, his total owning of digital tools is quite amazing. It’s too bad he’s using that talent to quench his narcissistic thirst and engage in disturbing and dangerous rhetoric. 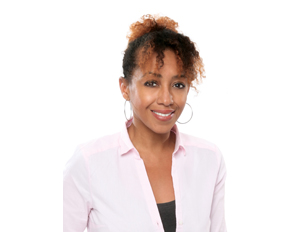 Samara Lynn is a tech editor at Black Enterprise magazine. She has over a decade’s experience in technology journalism, covering smart home and wireless technology; startups; business tech and more. She has also written for PC Magazine, The Wirecutter, CRN Tech and has appeared as a technology commentator on Fox Business News, National Business Report, and Reuters TV. She is the author of “Windows Server 2012: Up and Running.” “Tech 100” is her column focusing on technology and its relation to politics, social issues, and more.