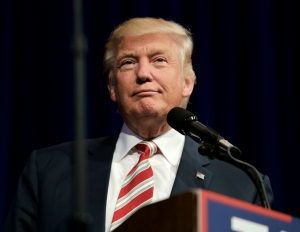 Shortly after being inaugurated as the President of the United States, Donald Trump signed an executive order empowering his administration to dismantle the Affordable Care Act. However, the order is vague and will not allow the president to directly overturn Barack Obama’s signature healthcare law in its entirety. Instead, it stands as a symbol that reassures his base that he will keep hisÂ campaign promise to repeal it.

Trump’s order gives federal agencies the power to fight against the ACA or Obamacare, but only “to the maximum extent permitted by law.” It doesn’t, however, provide clarity on how the Trump administration will interpret those rules.

Meanwhile, on Monday, Republican senatorsÂ Bill Cassidy of Louisiana and Susan CollinsÂ of Maine presented an outline of their plan to replace Obamacare. According to The Hill, the plan would keep some of the popular provisions of Obamacare in tact, and allow blue states to keep it.

“Under the plan, known as the Patient Freedom Act, state legislatures would have the choice of whether to keep Obamacare operating in their states, complete with its subsidies, mandates and protections for people with pre-existing conditions.

Other states, the senators say, could opt into an alternative plan that would provide a uniform tax credit linked to a health savings account to help people afford a basic, less comprehensive health insurance plan.

The lawmakers hope the ability of blue states to keep Obamacare could help bring Democratic senators on board and get to the required 60 votes in the Senate for a replacement plan.

‘At some point in this process, we’re going to need a bill that can get 60 votes,’ Cassidy said at a press conference Monday.’We think that helps us get to 60.'”

However, Senate Democrats blasted Republicans for continuing to push to bring the law to an end.

“While I have a great deal of respect for Senators Collins and Cassidy, their proposal today illustrates the dilemma both they and Republicans are in,” said Senate Minority Leader Charles SchumerÂ in a statement.