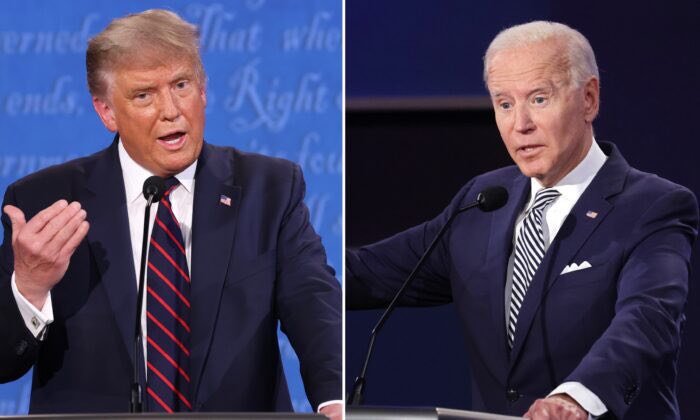 President Donald Trump is convinced that he is the better candidate for Black voters in his quest to remain president of the United States. According to The New York Post, the president states that Black voters don’t like Former Vice President Joe Biden and “they don’t dig him” while having a conversation with controversial conservative radio host Rush Limbaugh during a “virtual rally” recently.

President Trump actually believes he is going to gain a bigger percentage of the black vote this time around, since he only won an estimated 8 percent in his election victory against Hillary Clinton back in the last presidential election in 2016.

“The black community gets it. They don’t dig him, they don’t like him.”

“They don’t like Biden. He did the super-predator stuff, you know he was the super-predator king,” Trump said, referring to criticism of the 1994 crime law that Biden sponsored that’s credited with contributing to the mass incarceration of black people.

He also stated: “With [South Carolina Sen.] Tim Scott we did the opportunity zones, which is the greatest I’ve made the most incredible thing for the black community, the African American community with jobs and everything else.”

As Trump has stated time and time again over the years, he claims that “I’ve done more for the black community than anybody since Abraham Lincoln.”