President Donald Trump suggested scientists should investigate whether they could inject coronavirus patients with light or bleach as a treatment.

According to Forbes, Trump began throwing out hypothetical ideas of “bringing the light inside the body” or using disinfectants “by injection inside or almost a cleaning.” However, Dr. Deborah Birx, one of the health experts on the task force, said she’s never heard of applying light or heat to a patient.

“As with all products, our disinfectant and hygiene products should only be used as intended and in line with usage guidelines,” said a statement issued by Reckitt Benckiser, the maker of Lysol.

The National Library of Medicine says injecting bleach can cause acute kidney damage and blood clots. Clinical Toxicology published a paper detailing what happened when a teenager intentionally drank bleach.

“She experienced chest pain and fever after several vomiting episodes and esophagoscopy,” the paper said. “The patient received intensive care and underwent delayed esophageal repair and colonic transplant. She was discharged 12 weeks after admission.”

Dr. Vin Gupta, a pulmonologist and NBC News medical analyst, told the network Thursday “This notion of injecting or ingesting any type of cleansing product into the body is irresponsible and it’s dangerous … It’s a common method that people utilize when they want to kill themselves.”

Trump also challenged Dr. Anthony Fauci, also part of the coronavirus task force Thursday. When asked about Dr. Fauci’s statement that the country needs to “ramp up not only the number of tests but the capacity to actually perform them,” Trump responded, saying “I don’t agree with him.”

As the press conference went on, Trump also denied a claim he stopped promoting hydroxychloroquine as a coronavirus treatment. Dr. Fauci and the National Institute of Allergy and Infectious Diseases said a study with military veterans using the drug showed no benefits. However, Trump claimed he had “not seen” the study.

The FDA has issued warnings that the drug should not be administered outside of a hospital or formal clinical trial setting in light of its health risks. There are reports of heart rhythm problems as well as “serious” poisoning and deaths from patients. 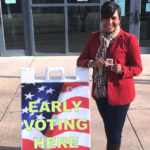 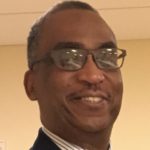