A D.C Hotel Frequented By The Proud Boys Will Be Closed Next Week 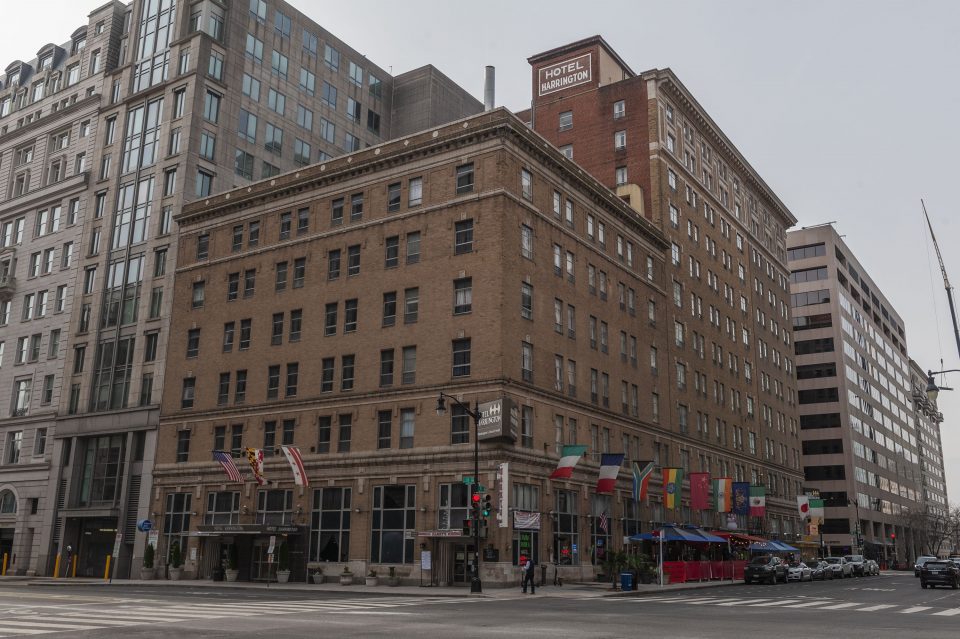 Hotel Harrington will be closed between January 4 and 6 (Image: Twitter/@Washington Post)

A Washington D.C., hotel located blocks from the White House that has been used by members of the Proud Boys will be closed next week.

The Hotel Harrington released a statement Monday saying it will be closed from Jan. 4 through Jan. 6. On the sixth, Congress will certify President-elect Joe Biden‘s election win. The Proud Boys, an alt-right hate group, have a set of pro-Trump protests occurring for those three days.

In its statement, the hotel said it would not host guests except for long-term residents and will refund all money for other reservations during that time.

“While we cannot control what happens outside of the hotel, we are taking additional steps to protect the safety of our visitors, guests, and employees,” the hotel explained.

The hotel’s statement came after the Washington Post reported that the hotel had become a gathering spot for the Proud Boys, a far-right, neo-fascist, and male-only organization. The hotel shut down for two days in early December due to concerns about coronavirus and social distancing requirements after it was cited for violations when Trump supporters visited the hotel.

During the protest earlier this month, D.C. police were forced to play mediator between pro-Trump protesters and counter-protesters. During the protest, members of the Proud Boys burned several Black Lives Matter signs hung up on historic Black churches in the city.

D.C. Mayor Muriel Bowser urged the hotel to close during the protests in December. Additionally, D.C. residents in the city have been calling on the hotel to condemn the Proud Boys and its actions, but the hotel has resisted.

The outgoing president predicted a “wild protest” on the sixth. According to the campaign’s website, the group plans to “demand transparency and protect the election integrity.”

Trump has also organized a bus tour that will end in D.C. on the sixth. On the same day, Vice President Mike Pence is expected to count the electoral college votes and officially certify Biden as the next U.S. president. Pence, who is expected to draw the ire of Trump and his supporters after he certifies Biden’s win, has planned to leave the country immediately after.