President Donald Trump and his wife, Melania, walk to the stage during the Republican National Convention. (Image: Twitter/@ScrummyDave)

The president’s approval rating among Republicans remains high at 82%, a one-point increase from the last poll; 18% disapprove.

Despite the good news for Trump, Vox reported Aug. 30 that Trump’s overall approval rating actually fell one percentage point from the previous week in a post-convention ABC News-Ipsos poll. Even worse, Americans did not respond positively to the convention’s message.

According to Vox, 59% of Americans disapproved of the content over the RNC’s four nights, versus the 37% who approved. Additionally, 48% of Americans reported watching the RNC, compared to 50% who said they watched the DNC.

Trump doesn’t seem to be worried much about the polls as he boosted tweets and analysis from right-wing Twitter account @PollWatch2020 more than 20 times Sunday morning as well as polls from the Democracy Institute and the Trafalgar Group showing him winning nationally and in key swing states.

However, the Trafalgar Group received a C- in FiveThirtyEight’s pollster ratings, and the Democracy Institute isn’t listed. The numbers from the two groups contradict just about every other poll.

According to FiveThirtyEight, Biden’s average lead in Michigan stands at 6.4 percentage points, and that includes the Trafalgar poll that shows Trump winning. In fact, Trafalgar’s poll is the only FiveThirtyEight-recognized poll this month to show Trump winning by any margin in the state.

Trump has tried to make polls he doesn’t agree with seem less legitimate before. In June, the Trump campaign sent a cease-and-desist letter to CNN concerning a poll it published showing Trump losing to Biden. The cable news giant laughed off the letter, calling it “factually and legally baseless” and “yet another bad faith attempt by the campaign to threaten litigation to muzzle speech it does not want voters to read or hear.” 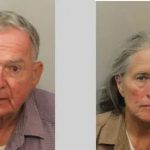 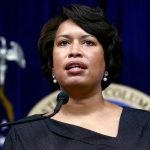