Trump's Lawyers To Focus On Impeachment Process During Trial 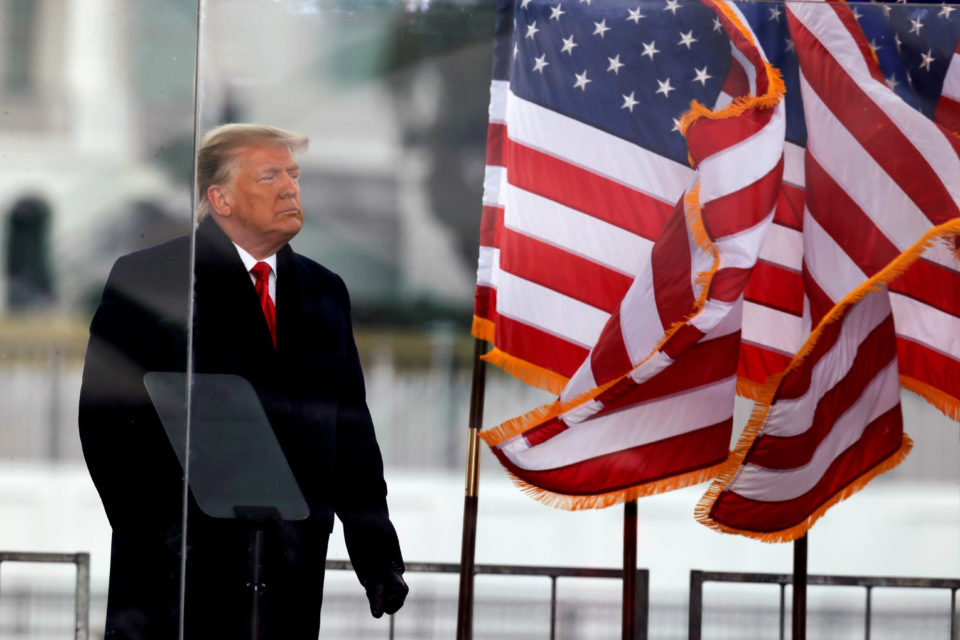 Donald Trump‘s lawyers will make “procedural objections” a focus during his U.S. Senate impeachment case next week, including challenging the notion the former president can face trial after leaving office, one of his attorneys said.

The former president is charged with inciting an assault on the U.S. Capitol in which five people died, including a police officer.

Attorney Bruce Castor Jr. decried the U.S. Senate proceeding due to begin on Tuesday as “unconstitutional,” telling Reuters by phone late on Thursday: “We’re trying to win a case on a bunch of procedural objections.”

“This is ‘Law School 101’ stuff. This isn’t advanced legal treatises in bound volumes that are used in the Supreme Court as references,” Castor said.

It may well be enough to win the case in the 100-member Senate where Trump‘s fellow Republicans appear likely to deny rival Democrats the total 67 votes they need to convict Trump. The Republicans assert they do not have the authority to hold a trial for Trump since he left office on Jan. 20.

On Jan. 6, Trump exhorted a crowd of supporters to go to the Capitol, told them to “fight like hell,” and repeated his false claims the November election was stolen from him. The ensuing rampage interrupted the congressional certification of President Joe Biden’s election victory and sent lawmakers into hiding.

A majority of constitutional law experts assert that it is lawful to hold an impeachment trial after a president leaves office. They assert that presidents who commit misconduct late in their terms should not be immune from the very process the U.S. Constitution created to hold them accountable.

Because the Constitution makes clear that impeachment proceedings can result in disqualification from holding future office, there is a live issue for the Senate to resolve, they say.

Castor and his co-counsel David Schoen were hired on Sunday after Trump parted ways with his prior defense team due to disagreements over strategy.

The new team’s first filing, a 14-page response on Tuesday to the article of impeachment passed by the House of Representatives on Jan. 13 misspelled “United States” as “Unites States” in its salutation to the U.S. Senate.

Castor did not directly respond to assertions made by the nine House Democrats who will prosecute the case that multiple news reports indicated Trump was “delighted” as he watched the unprecedented violence on television.

“However the president reacts has nothing to do with whether there’s any nexus between what he did and what the breachers did,” Castor said.

Trump on Thursday rejected a request to testify at his impeachment proceeding. The House members trying the case have yet to say whether they will call witnesses or how long the trial might run.