Here's How Trump's Tax Plan Will Benefit African Americans (Or Not) 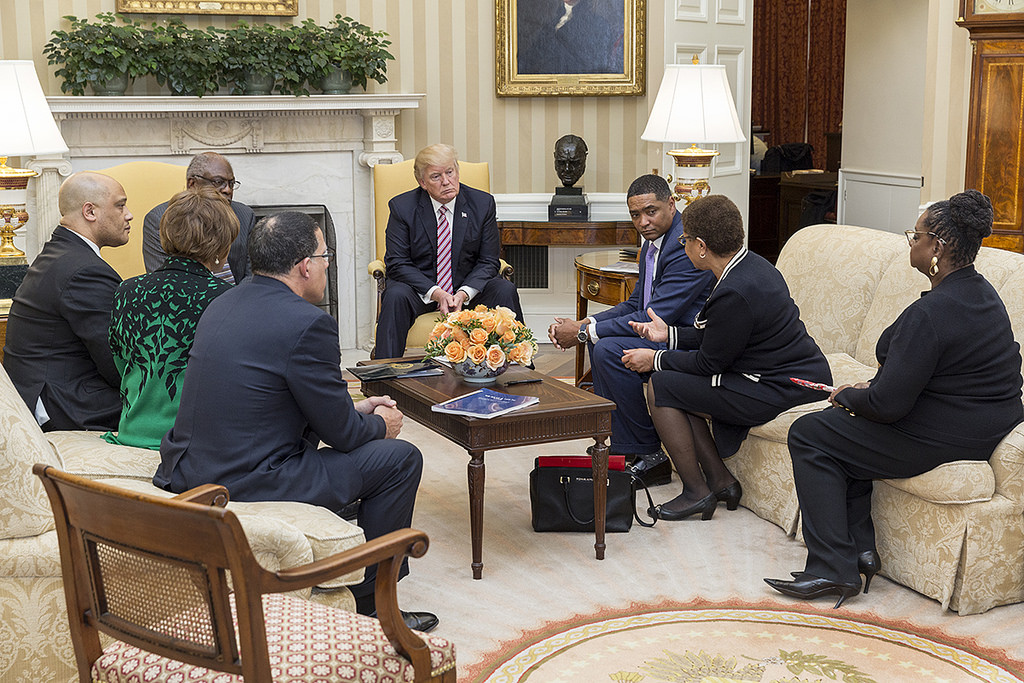 There’s a House version and Senate version of President Donald J. Trump’s tax reform plan, which experts estimate will add about $1.5 trillion to the federal deficit over the next decade and will be the biggest change to the federal tax code since 1986. The House version keeps seven brackets but changes the income and tax rate classifications, while the Senate version takes the brackets down to four. Trump says that his tax plan would help “make America great again,” but will it truly be beneficial to the African American community?

Experts say that neither the House nor Senate version of Trump’s tax plan will be beneficial to African Americans, with the plan further dividing the wealth gap to push the median African American household wealth to “zero” in 35 years.

The most recent Medicare trustees report shows that with current funding levels, Medicare will be solid until approximately 2029, when the Medicare trust fund might only be able to pay out around 90% of claims. Trump’s tax plan looks to cut into both Medicare and Medicaid, with an estimate of over $5 trillion in cuts over a decade, to assist with paying for the costs associated with the new tax plan. This would accelerate the deficit of the trust fund. There are around 41 million African Americans in the country and 5 million are using Medicare and nearly 15 million African Americans are using Medicaid. So any cuts to these programs would heavily impact a large section of the black community.

The Affordable Care Act (ACA) is also in danger of being cut to help pay for the tax cuts. The Congressional Budget Office estimates that repealing Obamacare would throw 4 million people off of health insurance by 2019 and up to 13 million by around 2027. Because the ACA led to a significant drop in the number of uninsured African Americans, by repealing the program, that number may rise again significantly.

Newsweek reports that the tax cuts, in general, will mainly benefit white Americans who currently hold the majority of the wealth and will benefit from specifics in the tax plan, such as the estate tax cut.