Tufts University Kicks Out Student After She Was Sexually Assaulted 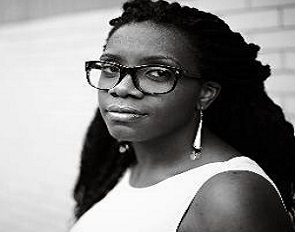 When the Washington Post published a June 6 editorial by George Will in which he addressed the Obama administration’s focus on campus sexual assault cases and suggested that being a sexual assault survivor had become a “coveted status that confers privilege,” the conservative writer received much criticism for his obvious lack of knowledge surrounding the issue. In response, rape survivor Wagatwe Wanjuki immediately took to her twitter to address Will’s problematic opinion, tweeting:

Where’s my survivor privilege? Was expelled & have $10,000s of private student loans used to attend school that didn’t care I was raped.

The #survivorprivilege of being too scared to leave my dorm for fear of running into my perp.

Wanjuki’s tweets got the hashtag #survivorprivilege trending on Twitter, sparking conversations around the need to correct people like Will who downplay the seriousness of college sexual assault cases and the effects that it has on the parties involved.

“It was mind-boggling that someone would think there’s anything to gain by coming forward as a survivor,” Wanjuki told The Huffington Post.

The 27-year-old first went public as a survivor in 2009 when she was a student at Tufts University in Massachusetts. After being assaulted multiple times by a fellow student she was in a relationship with, Wanjuki reported the incident to the university in 2008, but was told that the school’s legal counsel didn’t have to take action. Frustrated with the school’s response, Wanjuki soon became vocal about her experience and worked with the national group Students Active For Ending Rape (SAFER) to hold campus demonstrations demanding for reform to be taken against the way sexual assault cases were handled amongst college students.

During that time, Wanjuki’s tragic experience and the lack of support she was receiving from the university started to take a toll on her academic performance, as her grades started slip, but still not low enough for her to be placed on academic probation. However, in the summer of 2009 the dean of Undergraduate Education at Tufts, who also happened to be her assailant’s academic adviser, told Wanjuki she had to withdraw from the university due to academic concerns. At the time, she was less than a year shy of graduation.

Thus far, Tufts University has failed to respond to The Huffington Post in regard to questions about the incident, but despite a major setback, Wanjuki is still making strides toward getting her degree. She has launched a GoFundMe campaign to help her finish school while also paying off her loans from her unfinished studies at Tufts.