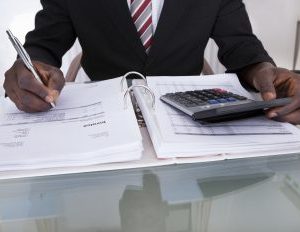 If the New York Times articleÂ about Donald Trump’s taxes has made anything clear, it is that he will continue to face questions about his financial profile until he releases his tax returns.

But, there are a few things to consider while we await Trump’s tax returns. The Times story, which focuses on Mr. Trump’s claim of nearly $1 billion in losses he could use to avoid future federal income taxes from 1995, has been the source of heated debate and controversy. The fact is, he used part of the tax code, which is fairly routine, and tried to help a business survive difficult times. This section of the Internal Revenue Service tax code, IRS code 172, essentially rewards risk taking when it goes wrong. It does so by allowing a novice investor, entrepreneur, or an established company to claim a deferred tax credit derived from realized losses from a business venture or financial investments.

If a small startup business in your hometown that didn’t produce a sustainable profit or a seasoned company in a metropolis city that made a bad bet, the benefit of applying realized losses to future earnings empowers risk takers to regain their financial footing to try again.

Here’s another interesting point; nobody was crying for Trump, when he reportedly lost more than $900 million during the demise of his casino empire. Some people are saying that Trump shouldn’t be president, because he lost almost a billion dollars. Well, he is in really good company. Similar to Trump, nobody cried forÂ Warren Buffet, when he lost $916.5 million in 2014Â on a single investment in IBM stock. Many wealthy investors like Trump and small business owners use the benefitÂ of the net operating loss provision in IRS code 172.

America is, after all, the land that affords everyone multiple opportunities to pursue dreams, without being crippled by a failed venture or two. I believe that the principle underlying this part of the tax code is simple: to underscore the importance of turning failure into opportunity, to learn from past mistakes and rebuild–and that’s exactly what Trump did.

Notwithstanding operating losses and financial comeback stories, business owners that supply job seekers with employment opportunities pay other taxes. This is unavoidable.

As an employer, Trump pays taxes that the average person or politician doesn’t pay, which are separate and apart from income taxes, such as payroll taxes. In this case, as employers, the Trump Organization, pays a percentage of the combined sum of all employee salaries of the company, on a quarterly basis. This is in addition to unemployment taxes and any real estate taxes for properties owned by the organization. These taxes must be paid, whether you produce a profit or not.

Regardless of your political views or preferred candidate for the 2016 Presidential Elections, there is value in allowing a first-time business owner who suffers a huge loss or a billionaire that placed a bad bet to leverage the tax code and give entrepreneurship another try. It’s not how many times you fail, but winning more than you lose in the long run. America is a country bountiful with opportunity and second chances.

This article was written byÂ John Burnett, anÂ Urban Financial Freedom Fighter. John has over 20 years of executive experience at some of the world’s top banks and business information companies. He is an adjunct professor at Hampton University and Metropolitan College of New York. John is a strategic advisor to New York Republican State Committee.