Turning My "WTF?" Moment into a FTW (For The Win) 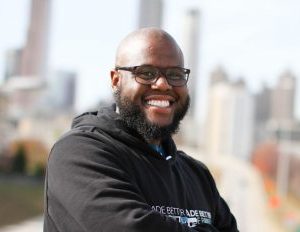 Everyone has a memory about their first “real adultâ€ job. Mine began in 2012.

Fresh out of college with the ink barely dry on my degree, I was offered a position with one of the most renowned broadcasting companies in the world: Turner Broadcasting, a global media company known for cable networks like TNT, TBS, and TCM.

I joined the company as a T-3, which is an entry-level employee on a 12-month training track. The program was essentially an internship–if I performed well, I’d be offered a permanent job at the end of the term.

After spending 365 days busting my butt, learning, growing, and rising to the challenge, I didn’t receive an offer for a permanent position.

Talk about being devastated.

Not only did it feel like I’d wasted a year of my life, but also, I felt embarrassed. Being one of only two black trainees in the program and the only male, I felt compelled to understand what shortcomings I may have had to be denied a permanent role at Turner. When I posed that question in my final review, I received a shocking reply: “You’re bigger than this place.â€

Wait, what? How could a recent college grad possibly be “biggerâ€ than a place that employed hundreds of thousands of people all over the world? What was I supposed to do with that answer?

During my final days at Turner, several black colleagues shopped my rÃ©sumÃ© around their own professional networks in an attempt to try and help me find new opportunities. One woman, in particular, encouraged me to use my disappointment as fuel for my fire–literally and figuratively. She also shared that she personally had little control over her Turner career, having been forced to bounce around from job to job within the company. Her message was loud and clear: “Take control of your career while you’re still young.â€

I did exactly that…or so I thought.

I went from the corporate side of marketing–filled with project managers and coordinators–to the agency side, an environment where everyone got their hands dirty doing the actual work. There was more work to do and fewer people to do it, so I had plenty of responsibility.

Two years later, I left that agency job for another corporate one that came with a 55% pay raise. At this point, I knew I was living “the life,â€ which should have been satisfying, right? But even though I was making more money than my parents had ever made, I was simply miserable.

I often wondered why the Lord had put me in the position I was in. I hated the person I’d become and the routine duties of my job. I felt undervalued and couldn’t understand why.

What was I missing?

The answer came as I revisited a book I’d read several times before, Produced by FaithÂ by Devon Franklin. This time, I had a fresh, new mindset. At the end of the read, I realized all along, I’d been chasing money rather than my dreams.

Shortly thereafter, I resigned from my high-paying job, started my own company and never looked back. I took control, full control of my future. Not only am I now doing something that will benefit future generations, but I am living for myself. Some of my mentors are envious of the freedom I have and the fact that I love my job. I tell them, as I tell everyone, that the money will come. But don’t be afraid to create your own path; chase your dream while you still can.