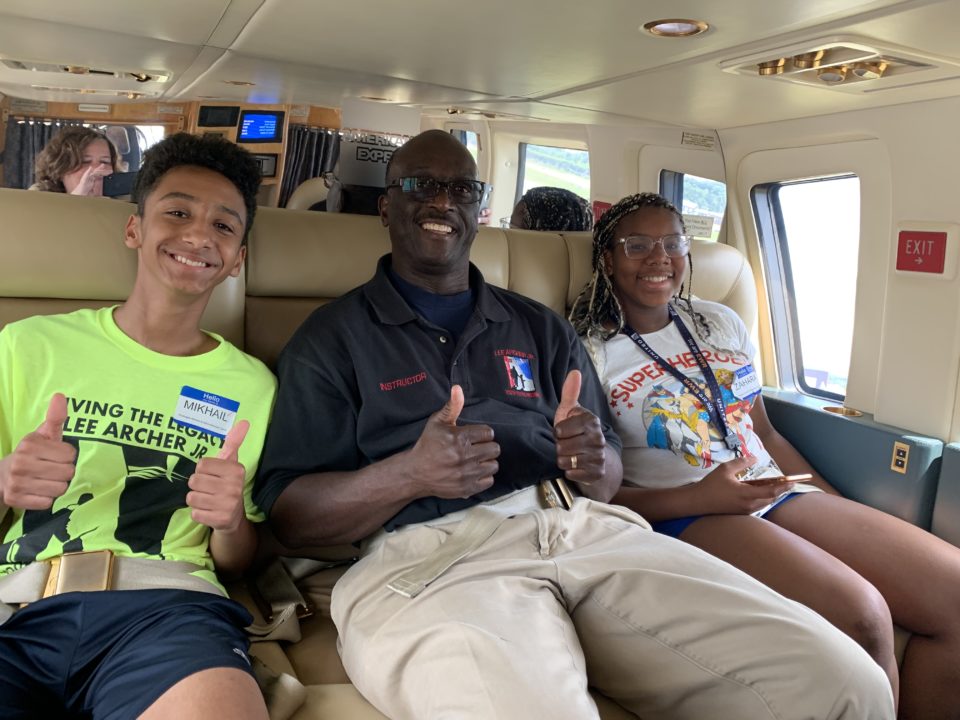 The RedTail Flight AcademRFA)is striving to “increase the percentage of minority aviators. The RFA will help develop a pipeline of diverse aviators through a 10-month Part 141 flight training curriculum

Imagine a time when young men eagerly met the challenge of becoming “America’s first Black military airmen” by volunteering to do it, although the odds were stacked against them.

According to the MIT Black History Project’s website, history unfolded when the “66th Air Force Flying School was opened at the historically Black college Tuskegee Institute, now known as Tuskegee University in Alabama.

Tuskegee Airmen Inc. is investing in the next generation of aviators, with the RedTail Flight Academy, by providing six inaugural scholarships for a program.

Tuskegee Airman Inc is providing the six scholarships. The academy, based at the New York Stewart International Airport in New Windsor, is set to provide a 10-month curriculum while certifying students from 18-21 with “a FAA Part 141 multi-engine commercial pilot license and an instrument rating,” according to a press release.

A 1920s War Department report stated “that blacks weren’t smart enough or disciplined enough to fly a plane,” so the school was “set up as a tool to back up the findings,” according to the MIT Black History Project.

In response to a desire to invest in underserved, aspiring aviation professionals, Tuskegee Airman Inc. (TAI) will team up with the RedTail Flight Academy. Six room and board scholarships will be provided by TAI for selected attendees this fall, according to a press release.

“TAI encourages innovative aviation programs—such as the RedTail Flight Academy—to create a bridge to the future for underserved and minority aviators,” Tuskegee Airmen Inc. Board President Jerry “Hawk” Burton said in the announcement. “This program is a great opportunity for eligible students across our 53 local chapters to be considered as candidates for the RedTail Flight Academy’s inaugural class.”

TAI focuses “on honoring the accomplishments and perpetuating the history of African Americans who participated in air crew, ground crew and operations support training in the Army Air Corps during WWII,” according to information provided on the organization’s website. The Lee A. Archer Jr. Red Tail Youth Flying Program (RFA) for youth is “based at the New York Stewart International Airport,” according to the press release.

“RFA will help develop a pipeline of diverse aviators through a 10-month Part 141 flight training curriculum, where students graduate with a multi-engine commercial pilot license and instrument rating,” according to announced details.

“I’m excited to have this opportunity to work harder and fly high performance jet aircraft in the fleet,” Swegle told Fox 13 News. “It would’ve been nice to see someone who looked like me in this role; I never intended to be the first. I hope it’s encouraging to other people.”

According to a release, the RedTail Flight Academy is striving to “increase the percentage of minority aviators from less than 2% to 4% in the next 10 years.”

Click here to learn more about the RedTail Flight Academy.