Tuskegee Airmen Member Alexander Jefferson Dies At The Age Of 100 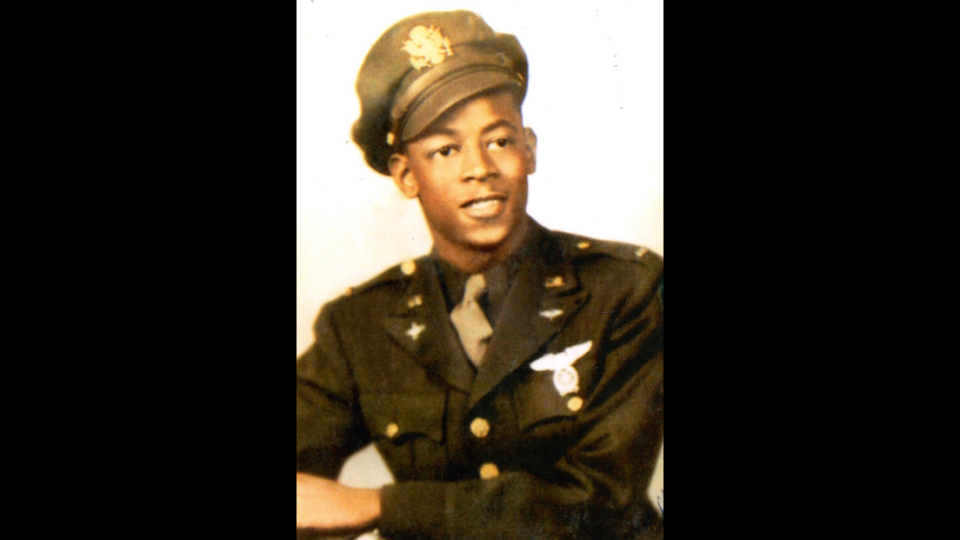 Tuskegee Airman Alexander Jefferson dies at the age of 100. (Photo courtesy of Twitter)

Tuskegee Airmen member Alexander Jefferson passed away at the age of 100, according to the Detroit Free Press. Lt. Col. Jefferson was featured in the documentary Through the Flak: War Stories of the Tuskegee Airmen.

Mr. Jefferson was born in Detroit in 1921. He attended Clark College in Atlanta where he earned a bachelor’s degree in biology and chemistry before joining the army.

Mr. Jefferson became a member of the country’s first Black military pilots, the Tuskegee Airmen after he graduated from the Tuskegee Army Air Field pilot training program in 1944. He went on to serve as a P-51 fighter pilot during World War II with the 332nd Fighter Group-301st Fighter Squadron, also known as the “Red Tails.” He flew 18 missions before he was shot down over Poland. He was a Prisoner of War for eight months in Germany and spoke of seeing the horrific atrocities committed by the Nazis at the Dachau concentration camp upon being freed.

“You could smell it a mile before you got there because the ovens were still warm,” said Jefferson. “A room in the barracks piled high with eyeglasses, another room filled with shoes, railroad cars with the doors locked filled with bodies. Dachau.”

Mr. Jefferson also spoke on returning home after the war to an ungrateful country and segregation. “Two or three thousand men jubilant,” he said.

Mr. Jefferson was honorably discharged in 1947 from active duty. He studied chemistry at Howard University before earning his master’s degree in education at Wayne State University. He also continued to serve in the reserves, earning the title of lieutenant colonel before he retired in 1969. Mr. Jefferson worked as a U.S. Postal Service mail carrier before becoming a science teacher in Detroit. He eventually became the principal of the school before he retired in 1979.

Veteran Charlie Johnson shared a rare video of Jefferson speaking on the war. “Rest in Honored glory, LTC Alexander Jefferson. I got to spend an hour of his 100 years on earth listening to him speak. He was a Tuskegee Airman shot down and captured by the Nazis, held POW and returned home. He was a legend, a truly special man.”

Rest in Honored glory, LTC Alexander Jefferson. I got to spend an hour of his 100 years on earth listening to him speak. He was a Tuskegee Airman shot down and captured by the Nazis, held POW and returned home. He was a legend, a truly special man. pic.twitter.com/oY6r9y79kJ

A relative of Jefferson’s shared a picture of him on social media as a young pilot as well as a picture of an older Jefferson proudly standing by a Tuskegee Airmen airplane.

“Found out my great Uncle and former Tuskegee Airmen Alexander Jefferson passed over. He lived to be 100 years old. Though my family grieves he was a trailblazer til the end. He was not in pain and left an unmovable impact on our family, community, and students. #Welldone.”

Mr. Jefferson was awarded with several medals for his military service including the Purple Heart, the Air Force Achievement Medal, the American Defense Service Medal, the World War II Victory Medal, the National Defense Reserve Medal and a Bronze Star. He also received the Armed Forces Reserve Medal, a POW medal and the Congressional Gold Medal, which was given to the Tuskegee Airmen in 2007. He was also inducted into the Michigan Aviation Hall of Fame in 1995.