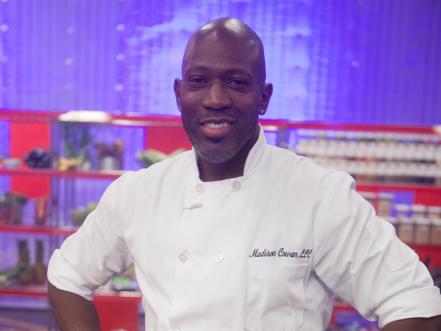 Who wouldn’t want to take two years off from paying rent? This seems to be the case for TV chef Madison Cowan, who has left one New York landlord scrambling financially after failing to pay rent for 28 months.

Brooklyn property owner Gus Sheha has accused the Iron Chef star of owing $73,700 on a one-bedroom Boerum Hill apartment he’s lived in with his family since October 2019, The New York Post reported. Cowan’s rent for his expired two-year lease ran about $2,700 to $2,750 a month.

However, the Food Network’s Chopped champion supposedly stopped paying rent in January 2020. Cowan is accused of taking advantage of the pandemic-led state moratorium on evictions from March 2020 to January 15.

Sheha said the well-paid TV chef has the means to pay his bills.

“He leaves his house wearing a different fur every day,” Sheha said. “How broke can he be? If there was no COVID-19, I would have taken him to court two years ago to get him evicted.”

The landlord shared an Aug. 31 email where Cowan admitted to not paying rent because the pandemic  “negatively impact[ed]” his “income and bottom line.” However, his website boasts his résumé that includes private catered events for A-listers like Halle Berry, Scarlett Johansson, and Anthony Anderson.

In January, Cowan was sent a 90-day eviction notice once the moratorium was lifted. However, he reportedly has yet to respond.

Sheha knows he faces a lengthy legal process that could take up to a year before Cowan would be forced to leave the apartment due to the housing court system being backlogged.

Cowan is a British-born chef who found fame after being crowned the first Grand Champion of Food Network’s Chopped. Cowan also co-stars in BBC America’s travel series, No Kitchen Required, has judged cooking competitions on Food Network’s Extreme Chef, and has appeared in cooking segments on NBC’s Today Show and CBS This Morning.