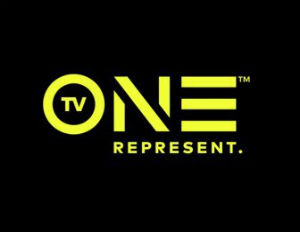 On Thursday, April 14, leading black entertainment network TV One hosted their upfronts in New York City to reveal exciting announcements on what’s to come this year and next on the growing platform.

From new shows, to movies, music, and all things entertainment, TV One is taking every necessary step to remain the front-running network representing the best of the past, present, and future of black entertainment TV.

The TV Upfront breakfast proved to be star-studded and informative with News One Now host, Roland Martin, actor Gary Dourdan, actress, Malika Haqq, and TV One executives sharing the impact TV One has had on their lives and what they expect to give to and gain from the network moving forward.

“When we speak, our audience listens,â€ said Martin, when sharing TV One’s reach and impact.

The surprise of the morning came by way of the announcement that moving forward, TV One would be the home for mega-hit television series, EMPIRE, starring Academy Award and Emmy Award nominee Taraji P. Henson and Academy Award nominee Terrence Howard. Following FOX’s second season finale in May, TV One will also add EMPIRE to its summer programming line-up.

“We are ecstatic to partner with 20th Television and Imagine in showcasing one of the biggest hits in television history,â€ said Brad Siegel, president of TV One. “EMPIRE dominates the media landscape with a first-rate cast, original music content, engaging plots, and celebrity guests.

TV One is proud to be the exclusive cable network home for the series as it represents our brand promise to defy expectations.â€

In addition to that huge EMPIRE “get,â€ TV One is also defying expectations in 2016/2017 by debuting 26 original movies and its first-ever scripted drama.

“With a 26-movie slate and our plan to air an original movie each week for 14 straight weeks during summer 2017, TV One provides both tent pole programming and continuity,â€ said Siegel.

“We’ve generated a sizable audience for our movies and we hope to build upon that same audience through our very first foray into a scripted drama,” continued D’Angela Proctor, TV One’s SVP, Original Programming and Production.

“As a general entertainment network, entering into the scripted drama space is a logical and necessary next step for TV One.”

The network will be increasing its prime time schedule to four nights of original programming by introducing seven new series to its 2017 slate of seven returning series not to mention the 48th NAACP Image Awards and Triumph Awards.

There is much to look forward to on TV One in the upcoming months. BlackEnterprise.com will be standing by to inform you on the latest.