TwitChange Founder: Integrity is the Key to Success in Business - Black Enterprise 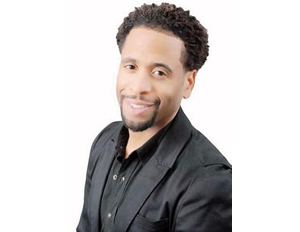 You might find him hanging out with Desperate Housewives or dueling alongside Marvel Superheroes, but all acquaintances aside Shelton Mercer, CEO of TwitChange, believes in being on the side of good versus evil.

In fact, TwitChange, the social good crowdfunding platform he co-founded, brought emergency relief to Haiti with help from actress Eva Longoria–an initiative that garnered TwitChange the 2010 Mashable Award for the Most Creative Social Good Campaign. Last year he teamed up with the Hulk … er … Mark Ruffalo and Water Defense to educate people about how to protect our planet’s most precious resource.

TwitChange started raffling off tweets from sports, music and movie stars in 2008. It continues to do that but now it also partners with large brands on their social give-back campaigns. They’ve worked with the UN Foundation and the Gates Foundation, but they also hold raffle’s on twitter for regular people who want to change the world whether they are celebrities or not.

“You have to be someone who is a master at relationship building and management. You need clients to trust you and believe in you,â€ says Mercer, who himself has traveled to Haiti on numerous occasions to rebuild libraries after the country’s earthquake. If integrity is the key to business, it’s no wonder that Mercer, an ordained minister, has been so successful in both Hollywood and Silicon Valley.

“I grew up in the church, my dad is a deacon, I was active in ministry and [my professional endeavors] come out of my desire to help people,â€ says the former pastor, who in 2003 built the Philadelphia Bible Fellowship from the ground up.

But Mercer’s career hasn’t always been about promoting social good. In the beginning, he built a multi-million dollar digital and social media practice for a Hollywood-based, media strategy agency that supercharged audience engagement and delivered chart toppers for Disney, Warner Bros, NBC, Sony and dozens of other entertainment brands. During his tenure with Lucent Technologies, Shelton led multi-million dollar global initiatives for Fortune 500 companies, including General Electric, KPMG, Astra-Zeneca and Johnson & Johnson.

“I wouldn’t say I switched to philanthropy. I run two tracks. I’ve always done business leadership and philanthropic leadership,â€ he says. “A lot of that philanthropic work has been done simultaneously with me starting and developing new companies.â€

On the philanthropy side Mercer, then interim COO and advisory board chair at Stop Hunger Now (which employs 250,000 volunteers to deliver 150 million meals and $150 million Â of direct aid to 60 nations), directed significant corporate social responsibility partnerships with Salesforce, Microsoft, Glaxo Smith Kline and Genworth.

So, whether he’s building integrated media solutions to brand musical groups like the Jonas brothers and My Chemical Romance; stoking the fires of innovation through Benjamin’s Desk, the co-working space/incubator, which he launched in his hometown of Philadelphia; or making it easier for independent musicians to monetize their music through PredPop, a startup he recently founded with serial tech entrepreneur Jon Gosier; one thing is certain, Mercer has a passion for empowering people to live life fully–an by example he follows his own mantra daily.