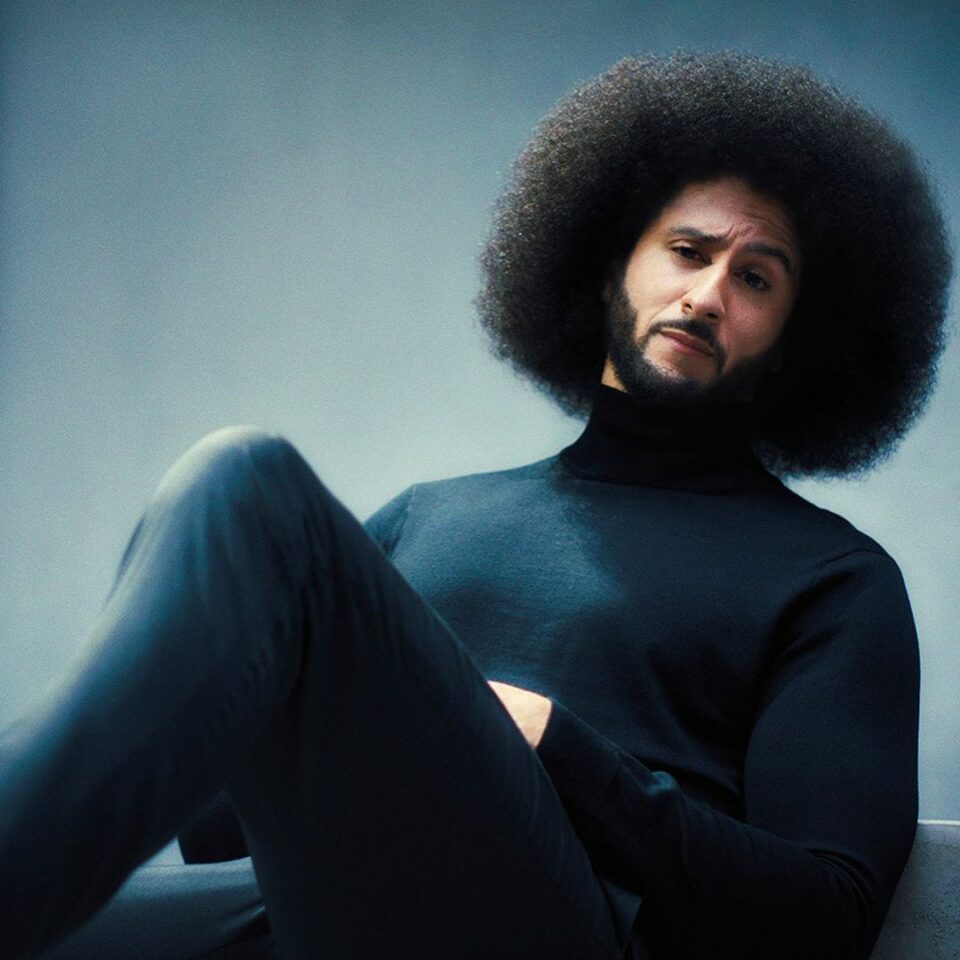 Colin Kaepernick has come under fire after a tweet shared a clip from his new Netflix series, Colin In Black and White, in which he draws comparisons between the NFL and slavery.

The scene in question finds Kaepernick explaining the combine process, which introduces prospective players to NFL coaches through a series of exercises meant to simulate gameplay. As he speaks, the images in the background morph from a modern day football field to depictions of a slave auction.

“What they don’t want you to understand is what’s being established is a power dynamic,” Kaepernick narrates. “Before they put you on the field, teams poke, prod and examine you. Searching for any defect that might affect your performance. No boundary respected. No dignity left intact.”

The clip has been viewed 1.6 million times since being shared by conservative writer and influencer Matt Walsh.

Kaepernick spent half a decade crying that NFL teams wouldn’t give him a shot and now he’s decided that actually being an NFL player is like being a slave.

This dude is the most obvious and shameless con artist in modern American history.

The same video shared by The Post Millennial’s verified Twitter account has garnered nearly 285,000 views since it was uploaded on Saturday afternoon and has been retweeted 1,500 times. Both posts have elicited similar reactions from Twitter users either admonishing Kaepernick for trivializing slavery or calling attention to NFL salaries.

Wow. Didn’t know my ancestors were actually millionaires for kicking a fucking ball round the plantation. Thanks @Kaepernick7 for enlightening you entitled blowhard https://t.co/WeAfYDT7cd

That’s the most despicable thing I’ve ever seen. To compare that to slavery, completely takes away from what actual slaves went through. Besides the fact that all skin colors go through the combine…. NFL players also dream of playing in the NFL. They are treated like kings not

Wow. I had no idea these players were forced to work, starved, beaten, separated from their families, lynched, & forced to ride the back of the team plane.

I just thought they loved the game, were paid a minimum of $9,200/week, got endorsement deals, & were elite at football.

Still, some came to Kaepernick’s defense, pointing out that this is not the first time parallels have been drawn between professional sports and slavery.

It’s is…and if you can’t see it, YOU are part of the problem. The combine a USELESS process on actual ability to effectively play the game.
And before any of you DARE to try and respond, tell me about Tom Brady’s combine and how it reflected HIS ability….I’ll wait!

Colin in Black and White is a fictionalized account of Kaepernick’s experiences as a student athlete and the experiences that lead him to a life of activism. All six episodes are currently streaming.