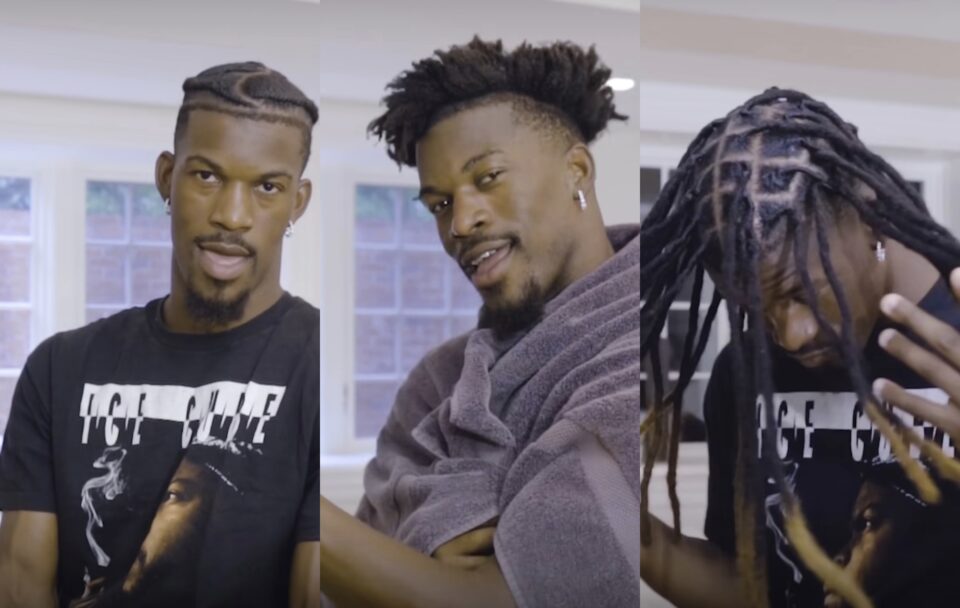 Miami Heat forward Jimmy Butler rocked the internet on Thursday, after uploading a video of his loc install process to Instagram.

The NBA baller upgraded his look as an extension of his short cornrows, which the video shows each step: unbraiding his hair, washing his afro, and the final product of freshly installed loc extensions with blonde tips — all while being twirled around in a chair.

The video quickly made rounds on Instagram and Twitter, fans roasting the 6′ 7″ player for his choice to switch up hairstyles.

“Now you see me now you don’t,” he captioned the video, soundtracked by Lil Wayne’s “6 Foot 7 Foot” instrumental.

While the comments were overwhelmingly negative, others actually pointed out funny observations about the star athlete’s new do.

“This man rich af y’all think he care about what y’all sayin😭💀😂” wrote one commenter on Instagram.

“Nah… Stop trying to cut in front of the line,” joked a third.

Unfazed by the nasty comments, Butler seemed to troll the trolls himself by posting a new video of himself working out alongside celebrity basketball trainer Chris Brickley, with his locs at center stage.

“What a dreadful workout.. no pun intended @cbrickley603,” wrote the Miami baller.

The shaming comments continued, urging Butler to rethink the stylistic choice, while the new look was warming up to others.

“I m gone keep it G. Why are there so many men worried about another man hair???? Y’all different,” wrote another.

A different user posted a picture of rapper Mozzy with the caption, “Jimmy Butler after 3 years in Miami.”

“Tyler Herro and Jimmy Butler,” posted another fan, with an image of Eminem and actor Mekhi Phifer in “8 Mile.”

Regardless of the roasting, it seems like Butler is really out here living his best life.