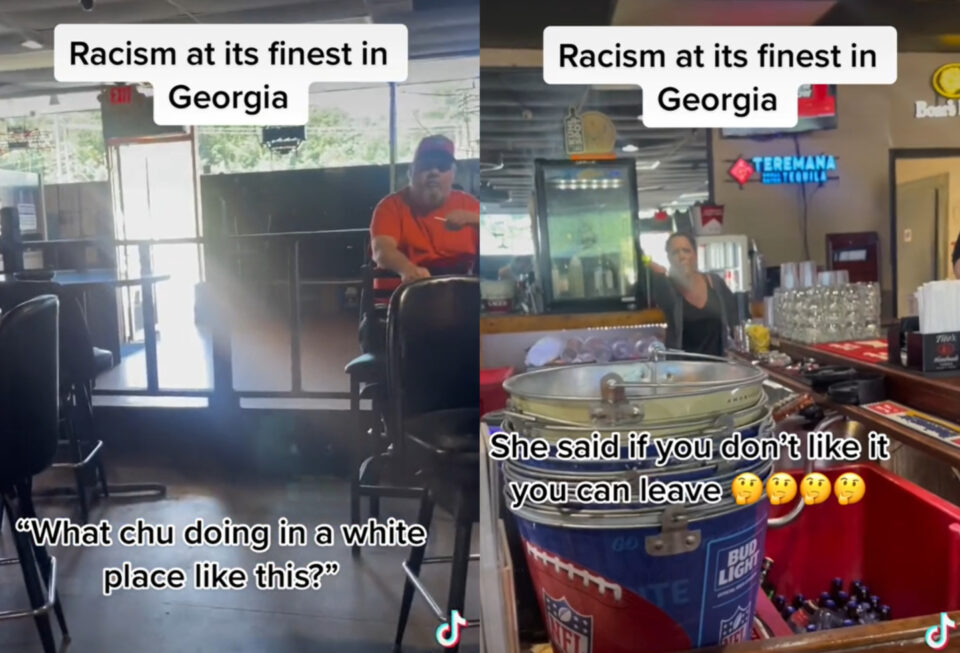 Racism wasn’t the encounter a Black woman planned to have when she went to play pool at a bar on Saturday.

Georgia restaurant, Hiram Bar and Grill, is in the hot seat after a viral video, posted by Tik Tok user @mauryssa, surfaced on Sept.18 of a Black woman’s run-in with a group of racist white people. The video showed the woman’s altercation as she defended herself while allegedly being harassed for eating there and wanting to play pool.

Part of the encounter showed the Black woman standing her ground after being told the restaurant was “for white folks only.”

She responded to the patron, telling him to “come with it,” making it clear that they weren’t going to kick her out and that she was going to finish her food before leaving the establishment.

“What the f**k are you talking about? I’m gone sit here, I’m gone box my food, and I’m gone finish my food, and then I am gonna leave,” she proceeded before a white male threatened that she was “gonna go to jail.”

The incident continued with the Black woman accusing a white woman server of throwing the food box at her.

She exclaimed, “She did just throw it at me, sir,” while another white male intervened asking, “What you doing in a white place like this?”

“This is the only place where there is a pool table. So, that’s what I am doing at a white place,” she says.

The man advised her to get her own pool table and said, “I am racist, and I don’t care.”

When Twitter was met with the video, responses came flying from the platform’s users, including a reaction from @ByZen that read, “Most racist people are poor…They need somebody to blame for their lot in life. Racist, homophobic, there’s always some form of bigotry ready to explain why anyone else did better than them.”

Replies to the video have created subchains of responses as social media users address racism.