Twitter Opens Blue Checkmarks to All after Leslie Jones Harassment 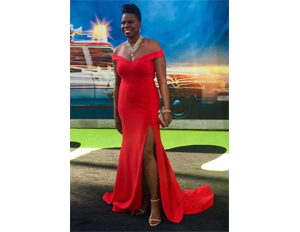 Twitter will allow anyone to apply for the infamous, blue check mark badge that is pinned on the profiles of celebrities and members of the media to establish account authenticity, after comedienne Leslie Jones was subject to an onslaught of online harassment.

Users can now apply for the blue badge icon via an online application process.

“We want to make it even easier for people to find creators and influencers on Twitter so it makes sense for us to let people apply for verification,” said Tina Bhatnagar, Twitter’s Vice President of user services. “We hope opening up this application process results in more people finding great, high-quality accounts to follow, and for these creators and influencers to connect with a broader audience.”

The announcementÂ follows a disturbing round of harassment and bullying of actress and comedienne Leslie Jones, who stars in the recently released movie Ghostbusters, an all-female version of the 1984 original.

Jones received a torrent of vile racist and sexist remarks launched against her Twitter account. So much so, that she made a plea to Twitter, tweeting, “Twitter I understand you got free speech I get it. But there has to be some guidelines when you let spread like that.â€Â She shut her account down soon after.

This type of abusive behavior is not permitted on Twitter, and we’ve taken action on many of the accounts reported to us by both Leslie and others.

We rely on people to report this type of behavior to us, but we are continuing to invest heavily in improving our tools and enforcement systems to prevent this kind of abuse. We realize we still have a lot of work in front of us before Twitter is where it should be on how we handle these issues.

Right-wing blogger and writer for Breitbart, Milo Yiannopoulos, has been outed as the leading instigator of the hate-fest against Jones. Yiannopoulos is now banned from the platform, The New York TimesÂ reports.