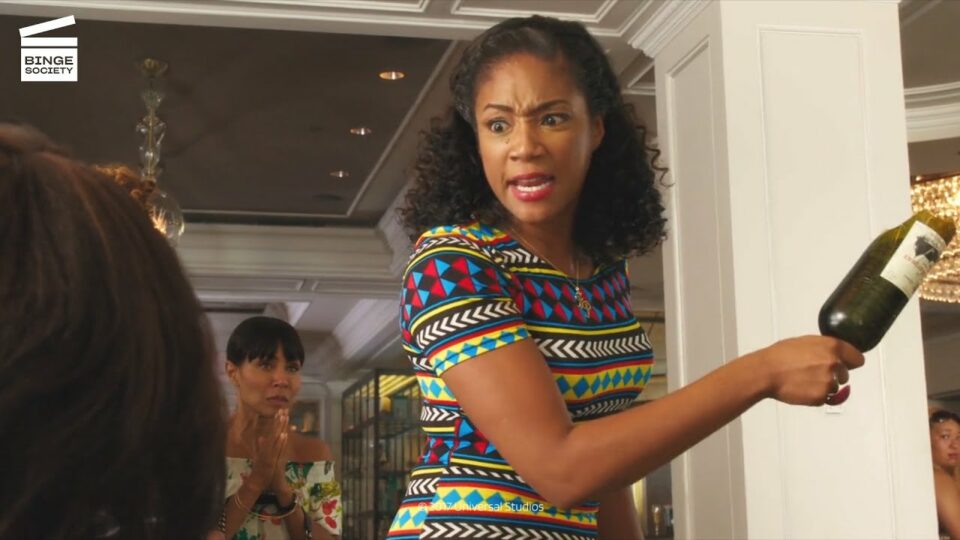 Girls Trip 2 is in the works and the entire cast is set to return—but not if Twitter has the final say!

According to our timelines, fans are demanding Tiffany Haddish be replaced with another comedic actress.

On Tuesday, it was announced that the sequel to 2017’s Girls Trip was beginning production and will take place in Ghana, Variety reported. Writer-director-producer Tracy Oliver confirmed that this time around, the ladies would embark on a quest to Afrochella, Ghana’s premiere cultural and music event instead of Essence Fest in New Orleans.

In the six years since the original film, Haddish’s fan club has seen a drastic decline in wake of her child abuse lawsuit with fellow comedian Aries Spears in September 2022.

The lawsuit was dismissed with Haddish expressing her “regrets” for filming the disturbing 2014 skit with Spears dubbed “Through a Pedophile’s Eyes,” Forbes reported.

The original Girls Trip was praised for its comedy, strong storylines, and celebration of Black Girl Magic. However, considering Haddish’s recent scandal, a growing number of fans don’t want her back.

Pack your bags! ‘Girls Trip 2’ will take place in Ghana with the full original cast reprising their roles 💕 pic.twitter.com/0s0aUBaPPw

“Can they switch out Tiffany Haddish with the woman who plays Ava on Abbott,” one fan asked.

“Be prepared for Haddish to make a bunch of fetishizing comments,” added someone else.

Under another announcement on the sequel, a fan asked if Abbott Elementary star Janelle James could replace Haddish.

“Can we have Janelle James replace Tiffany Haddish?” they asked in a tweet that received over 4,000 retweets.

Can we have Janelle James replace Tiffany Haddish? https://t.co/sYUrlPOyUg pic.twitter.com/2Ai63GnLO2

“OH MY GOD this would be perfect!!! have tiffany’s character miss the flight and they meet Janelle in the airport or the resort or something 😭😭,” another person wrote in response.

Another fan said producers should add Janelle James to the film “regardless” if they recast Haddish or not. The latest chatter around Haddish seemingly hints at a growing desire to cancel the Los Angeles native.

Haddish might need Girls Trip 2 to help redeem her appeal though.