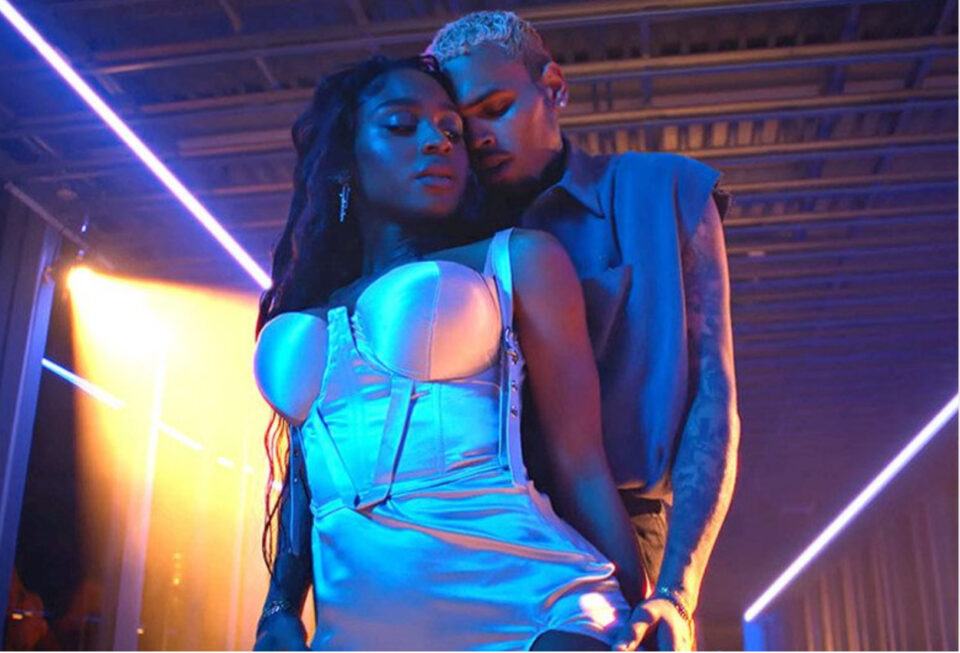 Chris Brown has the internet flaring up at the video for his latest single, “WE (Warm Embrace”) featuring Normani. Although some may actually like the song, Normani is being criticized because of Brown’s history of multiple accusations of violence toward women.

After the video’s release earlier this week, fans came for Normani because they felt she ignored Brown’s alleged abusive past. A difference of opinions is apparent. Some question why people didn’t have the same energy toward “Breezy” when he worked with more popular artists. Some feel the criticism is uncalled for and people should just let them both live.

The comments are abundant!

How are y’all going to cancel Normani for working with Chris Brown when y’all ain’t even cancelled Chris Brown?

Social media so weird criticizing Normani for working with Chris Brown! I hope their life is perfect

Normani’s label didn’t want her to be on the dua lipa collab but got her in a Chris Brown music video… I know they’re not serious pic.twitter.com/lQHc9No0c5

The world needs to know these artist do not care what you say. 😂😂 I seen people say Chris Brown should stay away from Normani. And here she is looking like a Queen in his new music video. And let me tell you they killed it! pic.twitter.com/Fj2veoMLF4

Normani when Chris Brown called her to do that video despite knowing her fans wouldn’t like it. 😭 pic.twitter.com/DJgGFl01oy

Black Twitter can y’all please give us a rest about that Chris brown & #Normani case ? Just enjoy the goddamn perfect video

Paris came with the receipts!!! Here’s the proof of Chris Brown shading and publicly disrespecting Normani smh. He is TRASH!!! pic.twitter.com/qc7qNbbfiq

y’all dragged Lizzo for openly stating her love for Chris Brown, but praising Normani, the video girl, for dancing in his video… selective af. https://t.co/rDQha4GQqh

i don’t think it’s the greatest look. and i know i’m not the only one who feels this way. pic.twitter.com/CAz2iJSC5n

before yall coming for normani remember rihanna is a big fan of chris brown music too pic.twitter.com/tg2chproeJ

Rihanna forgave Chris Brown and moved on, but it seems the fans haven’t forgiven him and I don’t they ever will. He’s been paying the price for his actions with his career. Everything went downhill for him since then. Now Normani is getting dragged for appearing in his video.

why yall not bashing Ella Mai and H.E.R like yall did Normani for working with Chris Brown… pic.twitter.com/IaoqnOJdhS

normani working with chris brown is all different levels of fucked up considering she’s a savage fenty ambassador and friends with karreuche…TWO EXES pic.twitter.com/ZS43jnaG7r