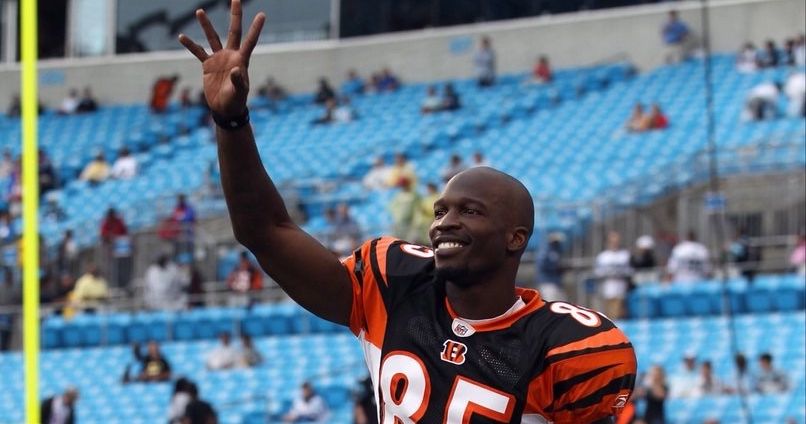 The “internets” is not happy with Chad “Ochocinco” Johnson at this present moment. The former NFL player has been roasted for trying to “encourage” his daughter to get a job as he had done when he was in high school. He screenshot text messages between himself and his daughter and posted them over the weekend on Twitter.

Twitter decided to respond to his attempts at trying to teach his daughter financial literacy. Others who agreed with him felt the former start NFL wide receiver was trying to teach her the right way to manage money.

Why would you want your child to have to struggle😂😭

Ur kids shouldn’t have to struggle the way you did . You have money now

I don’t understand rich men. What’s the point of having all that money, if only to hold it back to “teach a lesson.”

No less, she’s gonna be getting paid minimum wage. What lessons you think being paid a disrespectful wage to help rich men get richer will teach her?

you’d still be at McDonald’s w that 2.2 if you weren’t a star athlete 😂

I don’t know what everybody’s complaining about. I graduate high school in two years varsity athlete 3.8 GPA and I worked as a waitress. My family is rich. My kids also worked at age 16. Cold day in hell before I pay that type of money for sneakers. They want him get a job pic.twitter.com/Mz4iPotzqh

yeah but she wants him to buy her some shoes, it’s not unreasonable to tell her to get a job if she wants to buy stuff

I… don’t really think people in these comments are getting it. It’s one thing to provide for your kids so they don’t have to struggle. It’s another to have them earn something that’s entirely unnecessary and pretty damn expensive.

Shoes over $600? You can earn that yourself.

Can’t believe how many ppl find this offensive, all he’s doing is trying to install a work ethic in his kids and not have them thinking they are privileged to receive whatever they want because of their dads status @ochocinco great job Ocho