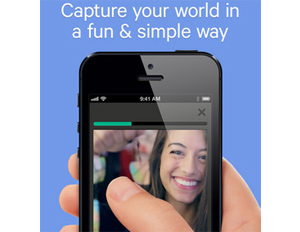 “Posts on Vine are about abbreviation – the shortened form of something larger,â€ said Dom Hofmann, co-founder and general manager at Vine, in a blog post. “They’re little windows into the people, settings, ideas and objects that make up your life. They’re quirky, and we think that’s part of what makes them so special.â€

Vine users will be able to shoot videos no more than six seconds in length, then share them on Twitter and Facebook. Also, they’ll have the ability to search for videos based on specific hashtags or subjects.

Here’s a glimpse at how Vine would look once embedded into your stream: