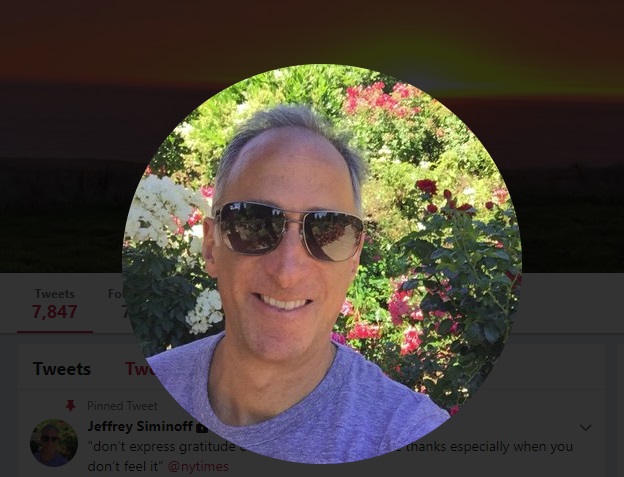 Twitter announced via a tweet that it just hired a new vice president of diversity and inclusion, Jeffrey Siminoff: 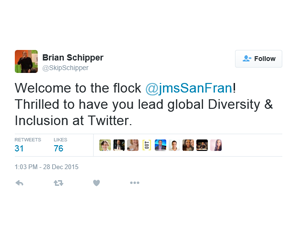 Siminoff was most recently at Apple as the director of worldwide inclusion and diversity, a position he held for two years. According to his LinkedIn profile, he also was involved in a project that focused on business opportunities for the LGBT community in the financial services industry.

Criticism over the hiring of Siminoff, a white male, has been appearing on social media: 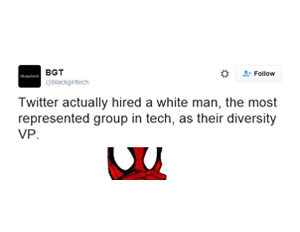 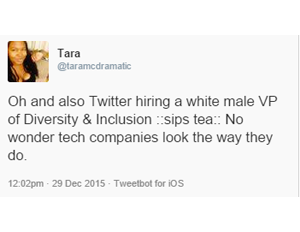 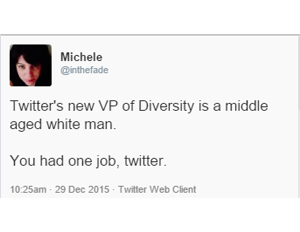 Others are using the criticism to reflect, perhaps, on their own biases. From Everette Taylor, tech entrepreneur and chief marketing officer for Sticker Mule: 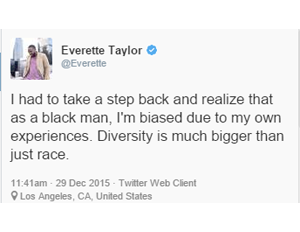 Over at TechCrunch, Megan Rose Dickey, who writes on diversity in tech issues, wrote:

No matter one’s position on the issue, Twitter has definitely tread turbulent waters on the issue of diversity this past year. Its employee diversity numbers have been abysmal. In 2014, blacks accounted for 2% of its workforce, and Hispanics, 6%.

Twitter’s diversity controversy wasn’t helped when a former black engineer blasted the company on Medium for its lack of inclusion:

…in June of 2015, Jesse Jackson was allowed to present at the Twitter shareholder meeting. Again, there was no communication to Twitter’s black employee resource group. In comparison, when Hillary Clinton and Mellody Hobson visited, the Twitter Women Engineering resource group was notified and given an opportunity to meet privately.

…how I could, in good conscience, continue to work in an organization where the Sr. VP of Engineering could see himself as a technology visionary and be so unaware of this blind spot in his understanding of diversity…

We considered simply setting company-wide hiring goals, but we don’t want to stop at that. If our aim is to build a company we can really be proud of – one that’s more inclusive and diverse.