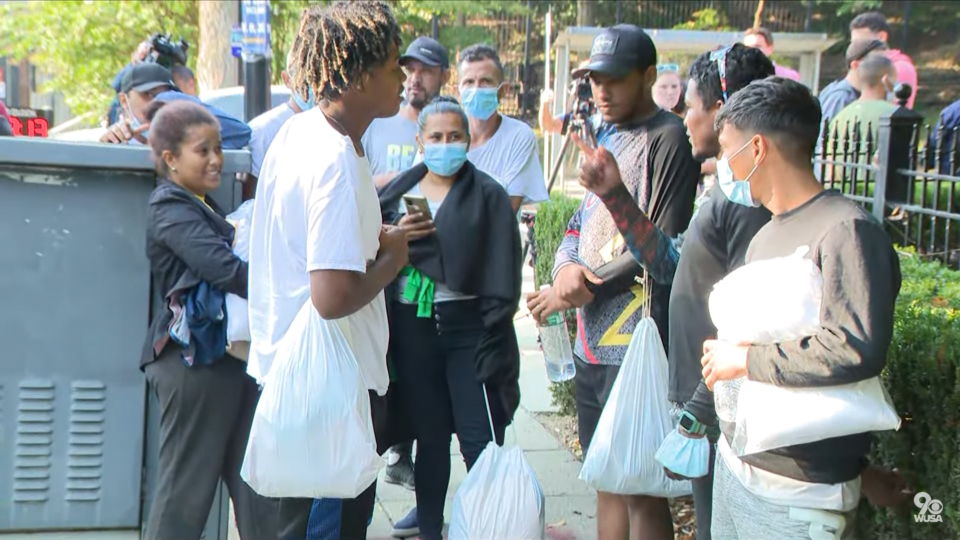 Vice President Kamala Harris was faced with two buses of migrants outside her residence in Washington D.C. Thursday morning.

The move is part of a growing trend by the leaders of Republican-led states to send migrants to Democratic-led states that support immigration, including New York and Chicago.

Fox News reported the two buses included about 100 migrants, mostly from Venezuela, who were picked up in Eagle Pass, Texas, and sent to Washington D.C. by Texas Gov. Greg Abbott.

Washington D.C. Mayor Muriel Bowser said the city would do everything in its power to help the migrants, but there needs to be a debate on the issue and a response to the national immigration problem.

“I know what we’re dealing with; I’m elected to make sure that D.C. residents have what they need and that our systems can support our needs,” Bowser told reporters Thursday.

“When we have emergencies we set up an emergency response. And that’s what we’re doing to focus on what’s coming our way.”

“For me, there’s a political debate to be had about immigration. The point that I want to make is that we have to have a system that makes sense, that’s fair, and that gives people a pathway to citizenship who are here. And that is something that has to be handled by the Congress and the president.”

In addition to Abbott, Florida Gov. Ron DeSantis sent two planes of migrants to the Massachusetts island of Martha’s Vineyard Wednesday. Democratic mayors have blasted their Republican counterparts for the moves.

New York Mayor Eric Adams has requested federal funds and assistance to help the migrants sent to the city and called Abbott “inhumane” for his actions.

“This is horrific when you think about what Governor Abbott is doing,” Adams told reporters while greeting migrants sent to New York.

“This is about a cheap political point. It’s not about sharing the load,” Lightfoot told reporters earlier this month, according to NBC Chicago.

“To Greg Abbott and his enablers in Texas: with these continued political stunts, (he) has confirmed what many of us had already known: he’s a man without any morals, humanity, or shame.”