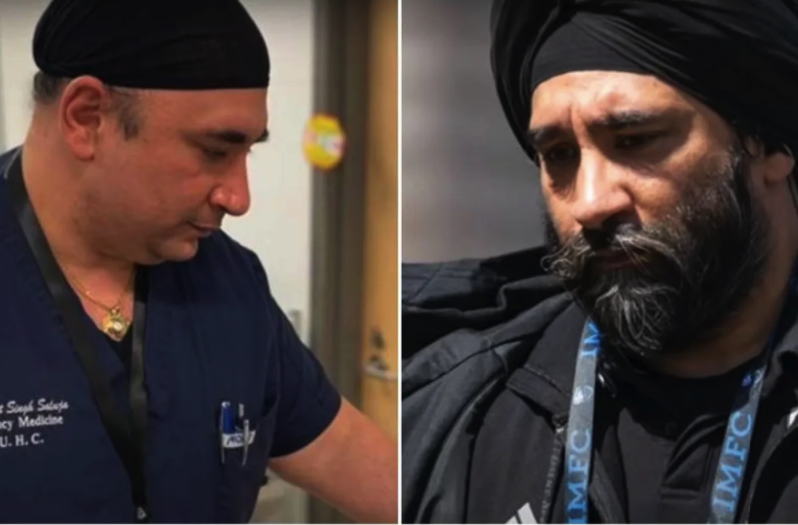 Two Sikh brothers in Canada, who are also doctors, have cut their beards in order to wear N95 masks when treating coronavirus patients.

According to Upworthy, both Sanjeet and Rajeet Singh-Saluja sported long breads as part of their Sikh religion.

One of the main pillars of the Sikh religion is sewa meaning selfless service or helping others without reward or personal gain. Another main pillar is kesh, the practice of allowing one’s hair to grow naturally out of respect for the perfection of God’s creation.

The two pillars put the men in a tough situation. The brothers told reporters they consulted leaders of the Sikh faith as well as friends and family. Eventually, the brothers decided their commitment to helping other heal was worth more than their beards.

“We could choose not to work, but in a time when healthcare workers are falling sick, we would be adding stress to an already taxed system,” Sanjeet said in a video posted by the McGill University Health Centre. “We could decide to simply refuse to see COVID-19 patients until viable protection is available to us, but that goes against our oath as physicians and against the principles of sewa,” he continued.

It’s the first time either brother, both in their 40’s, has shaved their beard, so naturally it’s not something they’re used to,

“It’s a decision that has left me with much sadness,” Sanjeet told the Montreal Gazette. “This was something that had been so much part of my identity. I look at myself in the mirror very differently now. Every morning when I see myself, it’s a bit of a shock.

Sanjeet added due to how easily the coronavirus is transmitted from person to person “it just wasn’t feasible anymore.”

The brothers knew they couldn’t sit on the sidelines, knowing ignoring hundreds of people were dying everyday and not helping would go against the Sikh religion. More than 60,000 residents in Canada have been infected with the coronavirus, but only 4,500 have succumbed to the disease.

American is having a much harder time dealing with the virus. More people in America have died than the the number of Canadians have been infected. However, Canada’s unemployment rate of 13% is not far from the 16.7% rate in the U.S.