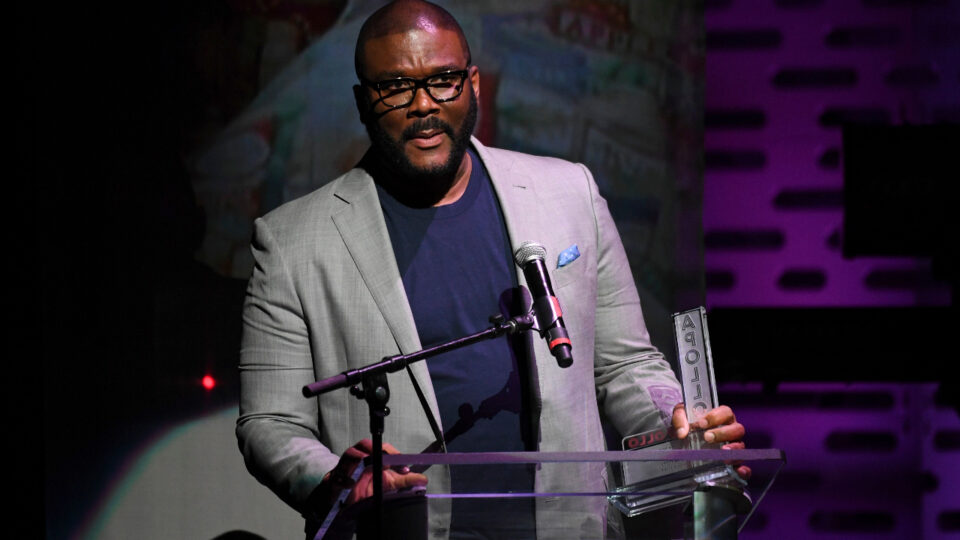 The legendary Apollo Theater had its annual Spring Benefit on Monday and proved its staying power as the event drew in a record-setting $3.7 million.

It amounted to the most money the historic institute has ever brought in at an event, according to the Apollo. Included in that record-setting amount was a $500,000 gift from studio king Tyler Perry.

Perry made the surprise announcement during his acceptance speech. The prolific director had just been given the Impact Award by Academy Award® winner and The View co-host, Whoopi Goldberg.

Variety reported that Perry offered the donation while speaking on stage at the famed theater.

“My studio [in Georgia] was once a former Confederate-owned Army base where there were 3.9 million Negroes and slaves at the time, and there were Confederate soldiers plotting and planning how to keep them enslaved,” Perry said.

“While now that land is owned by one Negro and I know the importance of what it means to honor that and honor the history of what it has been, and what it has been and to redirect it and rechange it. So it’s very important to me that we all give and support, and with that said, I’d like to give a half-million dollars to make sure this place continues to grow and thrive.”

This year’s gala was hosted by Kenan Thompson, and guests in attendance included Phylicia Rashad, Samuel and LaTanya Jackson, Susan Kelechi Watson, Daymond John, Stephanie Mills, and Anthony Hamilton. There were also performances by The Roots and Ogi, with an appearance by drumline group Marching Cobras.

Proceeds from the Apollo Spring Benefit will go to support the nonprofit organization’s year-round, world-class artistic, education, and community programs and collaborations. It will also support the Apollo’s “commitment to using arts and culture to articulate and project the African American narrative and create a 21st-century performing arts canon.”