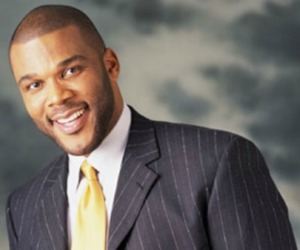 According to TMZ, Gary, Indiana screen writer William James claims the once homeless film producer stole the idea for his recently released film, Temptation: Confessions of a Marriage Counselor from his 2009 script, Lovers Kill. But while “the lawsuit is light on details … it just says both films center on a married couple … the wife is tempted by another man, and the affair ruins the marriage,â€ says TMZ.

It turns out James can’t say whether or not Perry has ever actually seen his screenplay.

“In the suit, he claims he gave a copy to ‘an associate’ of Oprah Winfrey, hoping it would make it to Perry.â€

TMZ states that representatives from both Tyler Perry’s team and Lions Gate have no comment regarding the lawsuit at this time.